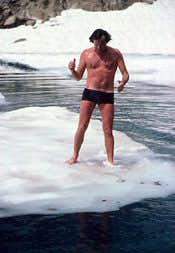 People who climb the same things as ericvola

These days, my favourite is sauna and translating climbing books of English speaking friends such as:
"Les Horizons lointains" a selection of the best climbing stories from Chris Bonington which won the second prize of 2011 the International mountain books Passy festival;
" Les montagnes de l'Antarctique" (The mountains of Antartica) from Damien Gildea; "Le bruit de la chute" (The Sound of Gravity) from Joe Simpson;
"Voler l'Everest" (Maurice Wilson, a Yorkshireman on Everest) from Ruth Hanson, part of the revenue to be donated to Doug Scott's Community Action Nepal;
"L'ombre et la lumière" (Learning to Breathe) from Andy Cave which won the Grand prize of the 2013 International mountain books Passy festival;
"Whymper photographe" (Whymper' Scrambles with a camera') from Peter Berg of the AC;
'Everest 1953' from Mick Conefrey.

My latest are "Le Choix du vide" (High Infatuation) from Steph Davis which won a prize at the 2014 Passy festival and "Les Mystères de l'Everest" the French version of Michael Ward magnificent book on Everest "Everest a thousand years of exploration" for which I found a Scottish publisher (Hayloft publishing) for the English version published in December 2013.
In 2014 'Freedom Climbers' from Bernadette McDonald won the Grand prix of the Festival of Passy, followed this year with "L'étoffe des Géants" (Bernadette's "Alpine Warriors") and in 2015 "Himalaya - Les tribulations de Mick & Vic" (a book I created from three books written my Mick Fowler and Victor Saunders intertwinning the tales of their common adventures) which won the same Grand prix. It is a selection of some of the best stories written by Victor Saunders and Mick Fowler which I intertwined. A book full of humour from two great himalayists.

Finally I just finished "Climbing Adventures" from Jim Bridwell "the Bird" a true Yosemite dirtbag climber, my age, and a swell guy.

In 2016 I translated into French and published myself on the Web (Amazon and Lulu.com - paper copy and E-Book) "Hanging on" from my friend Martin Boysen which I renamed "On The Rock Again".

Right now I just published on Internet (Lulu.com & Amazon), the English version of "Himalaya - The Tribulations of Mick & Vic" with a new Chapter telling the 1rst ascent they made together of Sersank (Indian Himalaya) late in 2016 - 29 years after having parted and reunited by the success in France of the book.

See all of my 1162 Images:
Highest Score
Most Recent 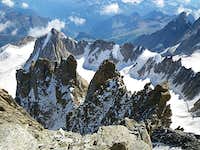 View of the Needles from above 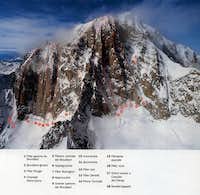 The routes of the Freny side of Mont Blanc 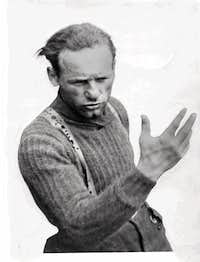 The Needles seen from the Kufner 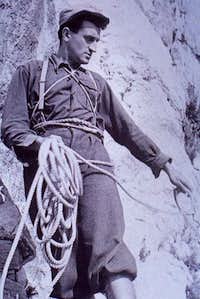 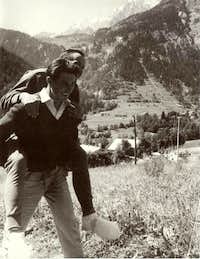 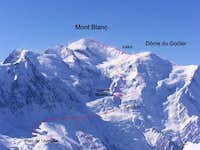 The Paccard and Balmat route 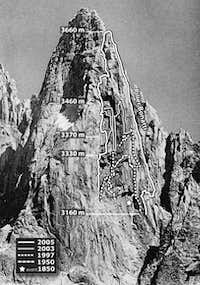 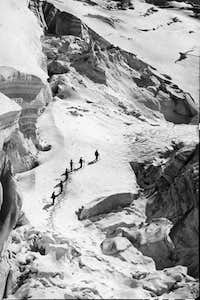 Riri in the 90 m dihedral 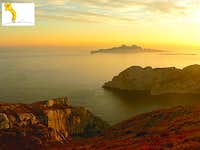 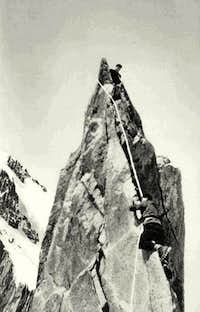 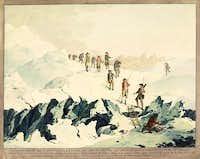 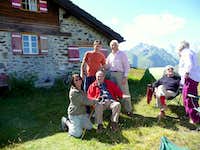 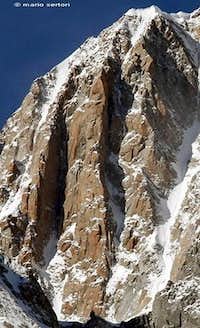 The three pillars of Freney 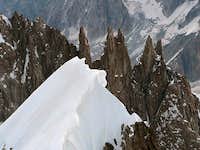 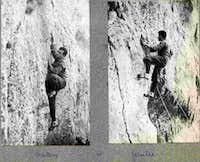 The Greek with his remoulded trainers 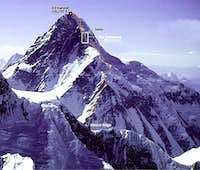 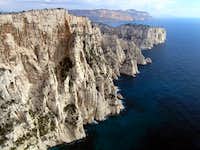 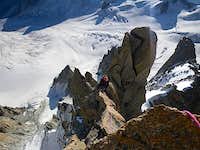 The top of the ridge 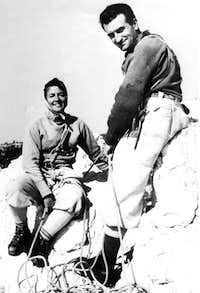 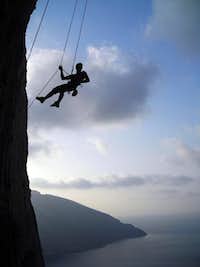 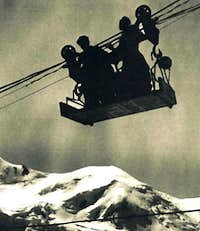 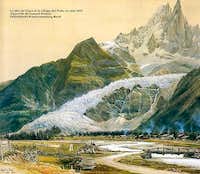 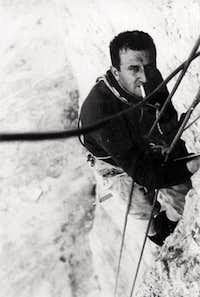 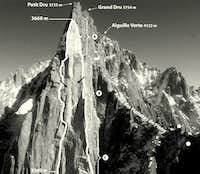