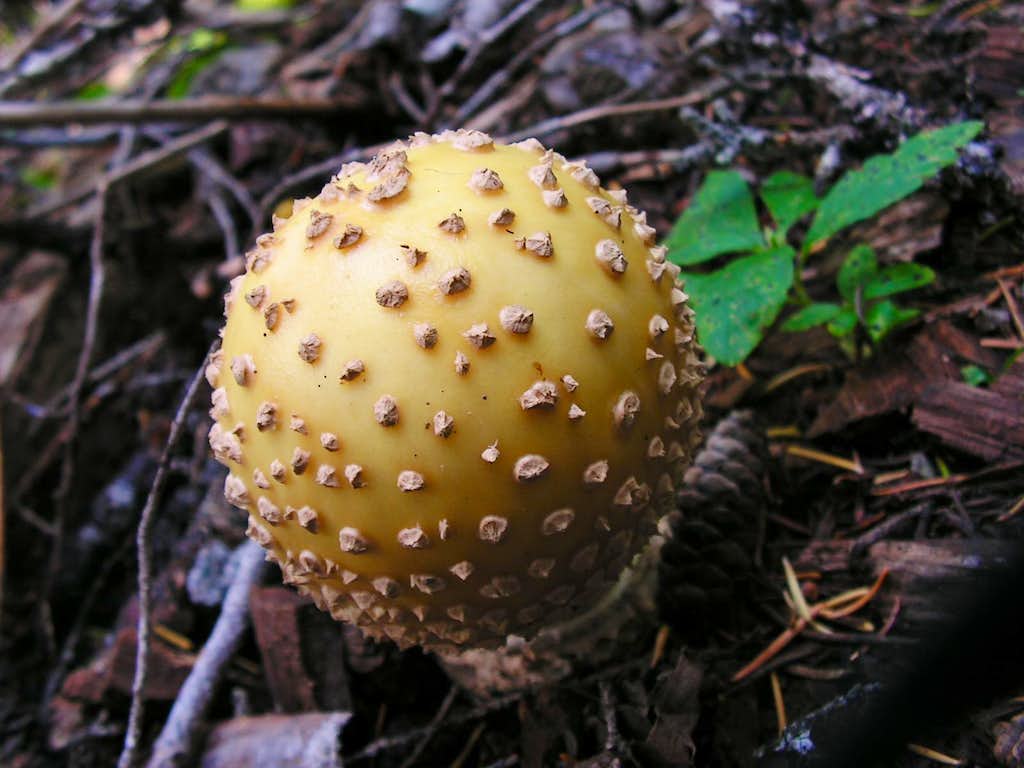 On my hike to Cascade Pass in early September 2007, there were many mushrooms on the way up, including a plethora of those that smelled distinctly like rotting fish. I also saw a few of these Amanitas on the way up, in varying growth stages. Correct me if I am wrong, but I think that they are Amanita Muscaria var. Alba, as shown by this photo by Gimpilator.
« PREV NEXT »