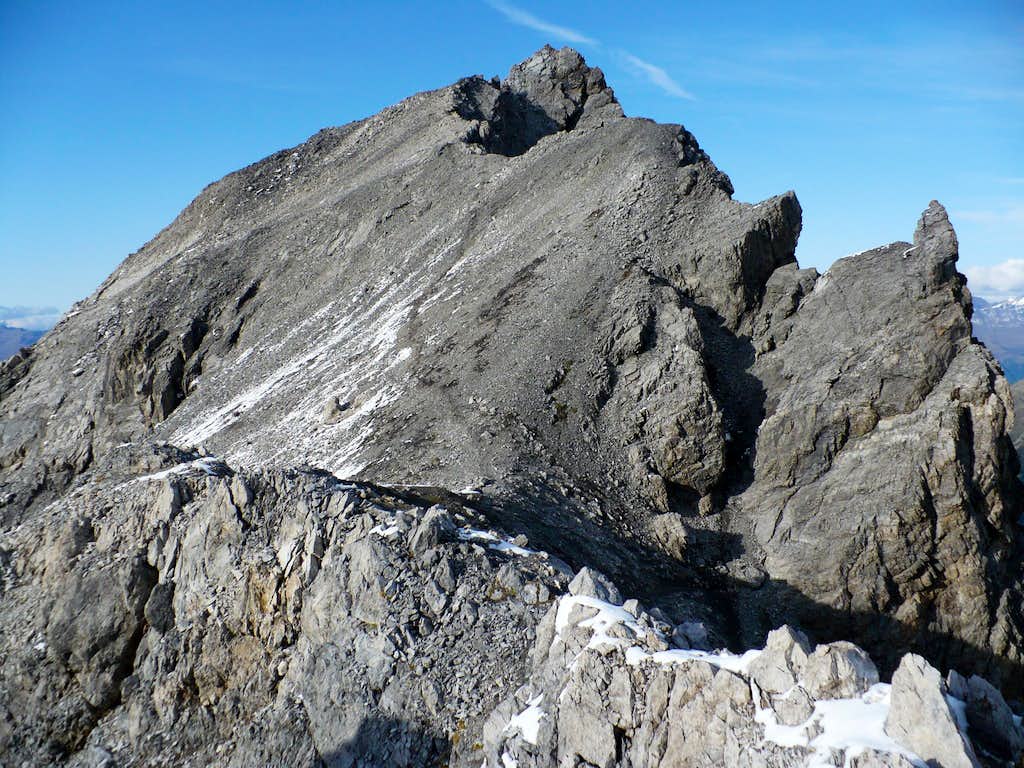 Bärenkopf (2948 m) is the summit just north from the saddle Bärenkopfscharte in Tabarettaridge. A trail number 4 from Tabarettahuette to Payerhuette leads through the saddle. From the saddle you can easily ascend the Bärenkopf in just 15 minutes. There is a footpath, but not marked. It is seen in the centre of the photo. The first part of the path is in unstable scree, and only safe ascend is through the path. Then it comes to the ridge, and through it to the summit. It is a nice viewpoint, especially to Ortler. Date of the photo: 26th september 2008
« PREV NEXT »