Blackrock Park contains a large number of climbing crags, and has several weeks’ worth of different routes. This rock was created millions of years ago and is known as the Pedlar Formations. Not all the routes are directly off the trail, but some bush-whacking and treading without a trail is required to access different pitches, such as the East Walls. Blackrock Park is located in Wintergreen Resort in the Appalachian Mountains on its’ private land. Most of the tops of the routes are difficult to reach if not climbed from the bottom. Therefore, lead climbing is required first to establish an anchor for a toprope. There are many trees that can be used for this, and structures made by the guide companies that are already established as well. Rock climbing routes range from 5.2 to 5.13a. 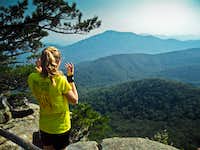 One of the overlooks about 10 minutes down from the Blackrock parking lot. 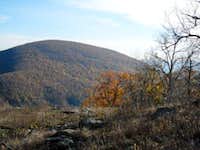 Climbers are advised to keep a low profile since this is private property. Wintergreen can be accessed from the Blue Ridge Parkway (which is usually closed in that section during the winter), as well as Route 151. There is a little entrance building to the left when entering Wintergreen where you just have to tell them what you are doing or drive by and wave on the right. After about 2 miles, there will be a right turn right after the gas station and store. This road will be known as Blackrock Drive. Then take another right on Blackrock Circle. The Park is on the right after a little while. The Brimstone trail that is used to reach almost all of the crags is marked with yellow paint while the Blackrock trail is marked with red paint. From the parking lot, take the trail down for about 15 minutes, and soon you will reach many of the slabs, crags, and cracks that are awesome to climb. 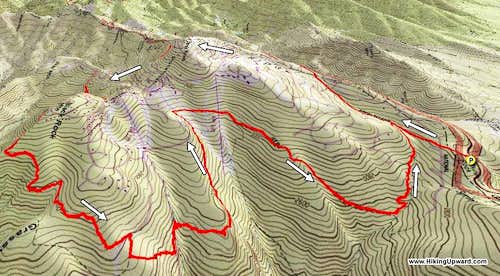 Map of the mountain area.

No camping is allowed. However, there are several hotels, condos, and houses in this resort. 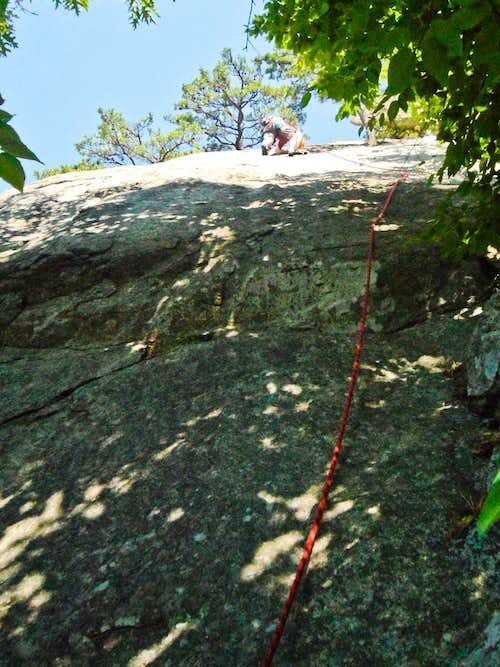 Grant leading up the route to the top of the Beginner Slab. 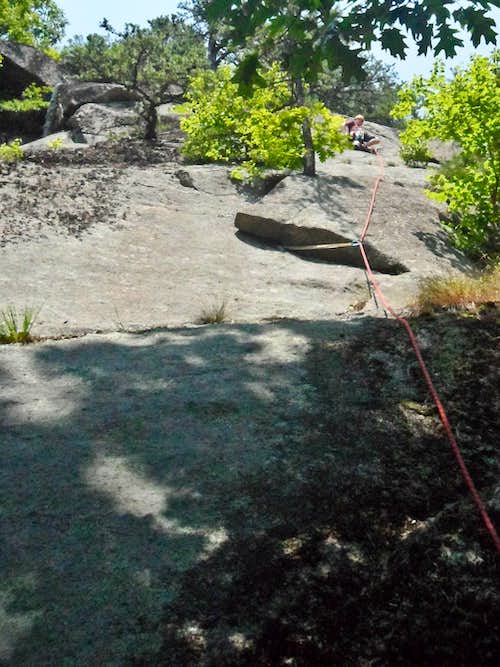 Leading up the route to the top of the East Walls on the Guides Route. 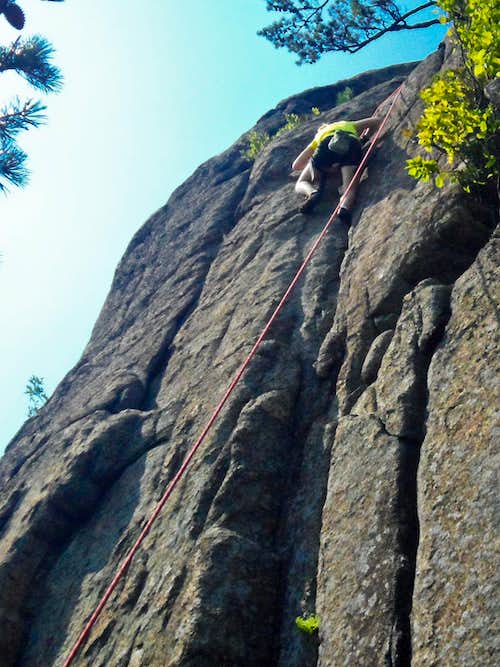 Happy Cracks route in The Cracks.