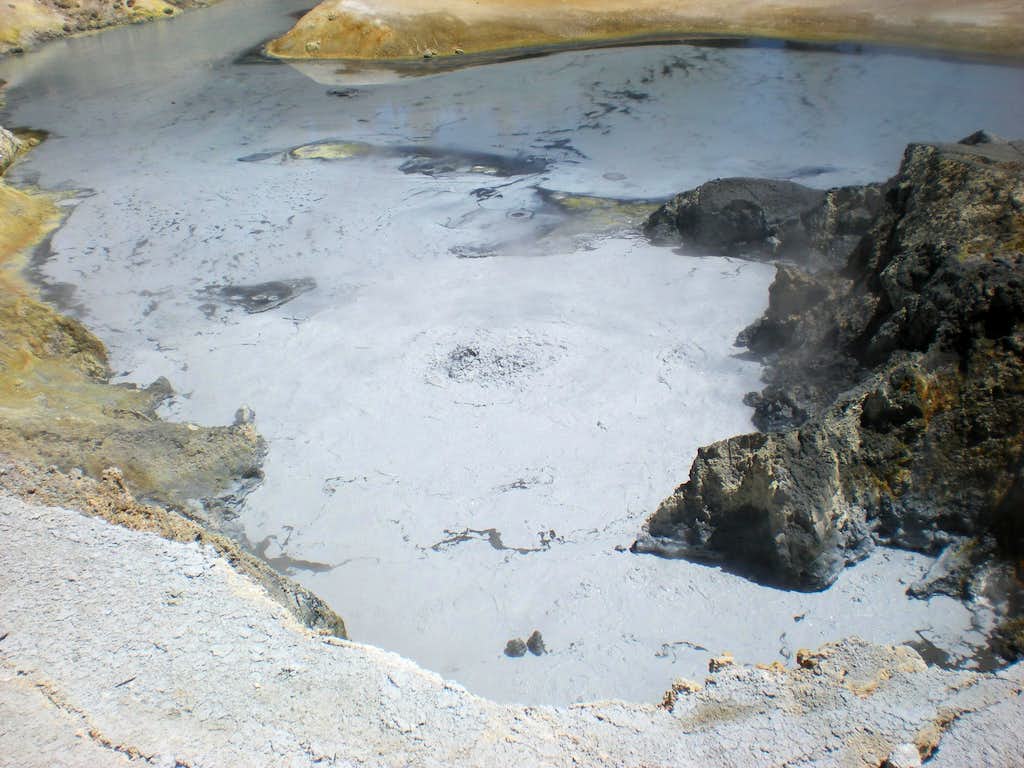 This is a rather large boiling mud pool in the Bumpass Hell area. August 4, 2008 The sign next to the pot says the following: Do you see black scum on the surface of this pool? It's pyrite. The frothy mass contains pyrite crystals, an iron-sulfide mineral that is perhaps better known as "Fools Gold." Iron leaches from rocks deep below and combines with sulfur as it rises through the hydrothermal system, arriving at the surface as pyrite. The stream emptying into East Pyrite Pool only slightly tempers the heat of this boiling pool. The upflow of Bumpass Hell's superheated steam is like a stove burner always on high. Still, plant life finds favorable conditions to grow near the pool's edge. Bog-laurel and mountain heather are two common plants that grow in moist soils.
« PREV NEXT »

The Volcano in our Backyard(Trip Report)