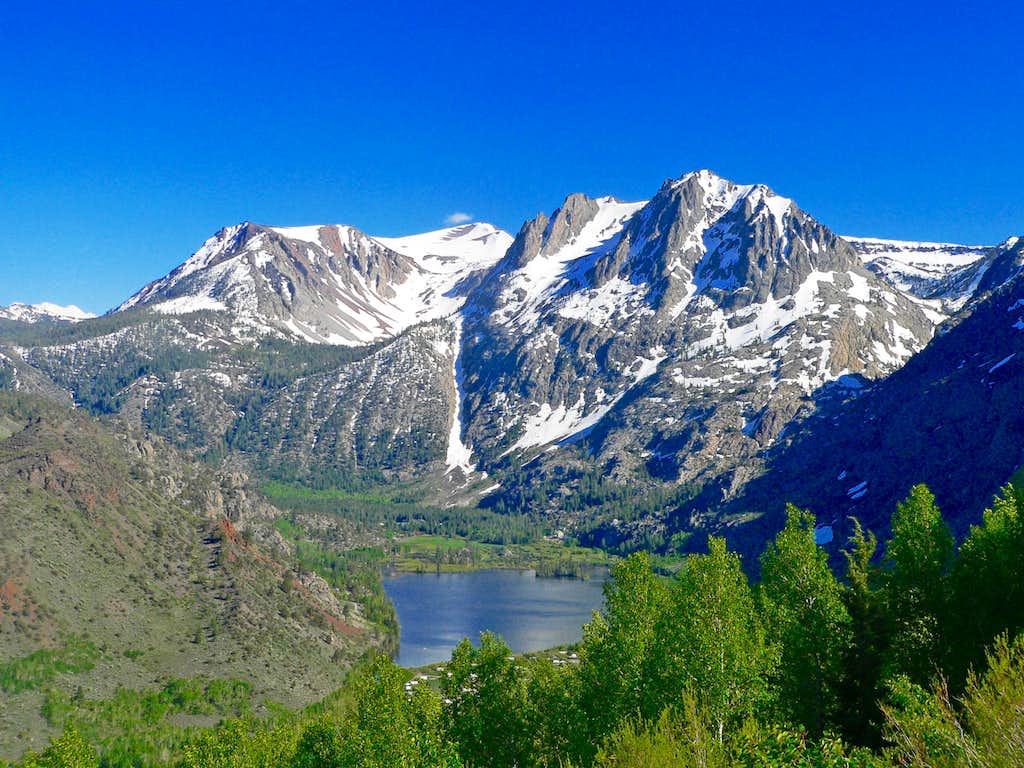 Thanks again Pete. I was surprised no one had covered this peak already on SP.

That's too cool for school!

How can a person cover all the peaks in the
Sierras? It would take a lifetime ...

Thanks Larry!
There is a guy right here on SP who has climbed an insane amount of Sierra peaks. Our very own Bob Burd who has 669 peaks to his credit on SP alone (with probably more than one ascent of a lot of them and others not listed) most of them in the Sierra. The same goes for Matthew Holliman with over 435 listed on SP mostly in the Sierra. Then there's legendary Norman Clyde (over 1000) or R J Secor, the author of The High Sierra Peaks Passes and Trails who has at least 700.
I have something like 170 Sierra ascents. Mostly easy peaks.
There's a peak up by Tioga Pass called Gaylor Peak. It's a short little hike that can be done in an hour or 2 from the pass.
Maybe I could go up there and do it repeatedly over and over and catch up to these guys or even roar past them into the record books!

Records were made to be broken.

Except for my 'Frank Zappa' record. Hands off!

Thanks OMB! Carson Peak and San Joaquin Mtn. are easily accessible and to the east of the Sierra crest and they have great views.