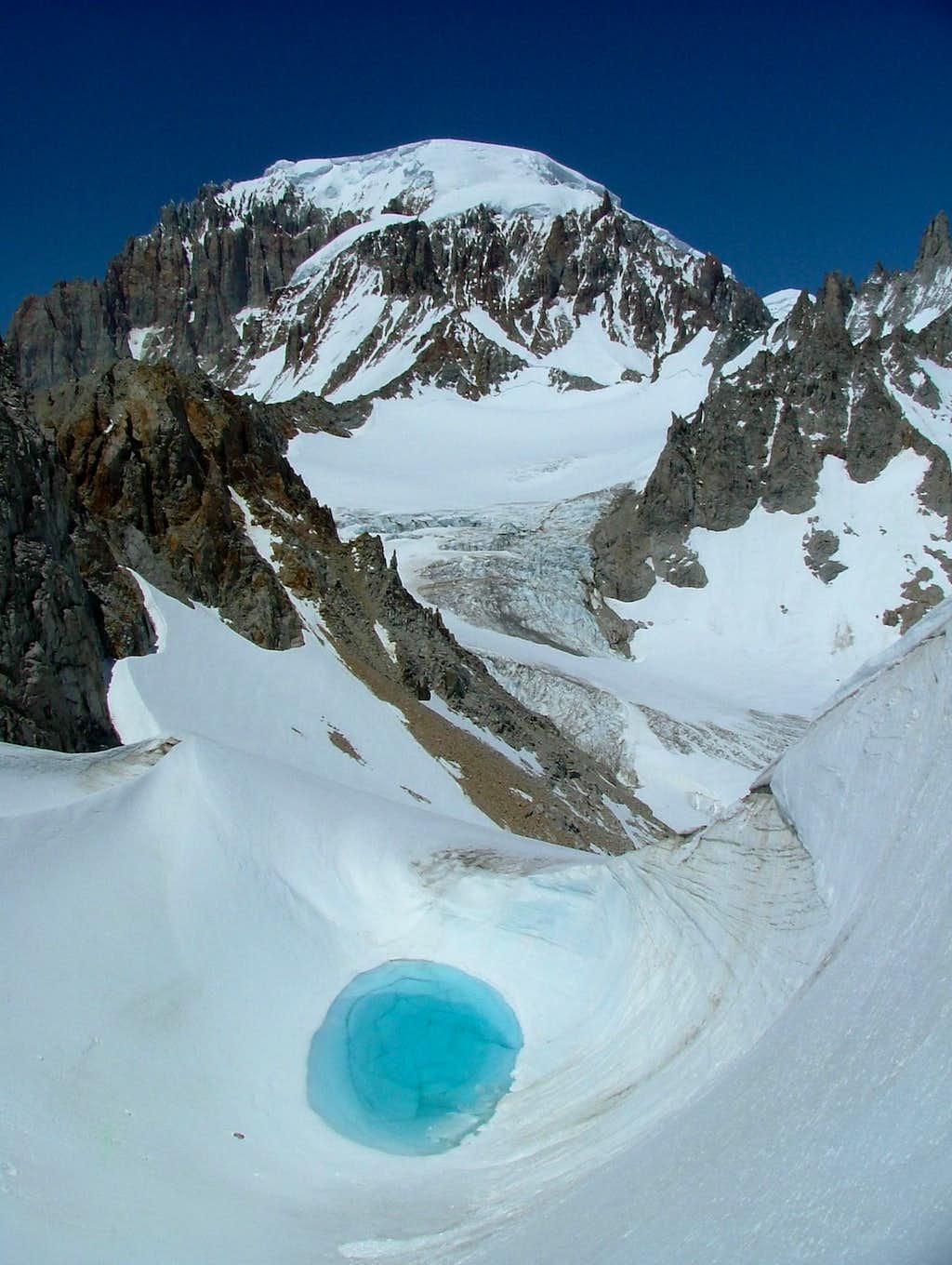 This picture shows the N-W-face in the middle and icy "Hombro Norte". The mainsummit is almost not visible on this picture, because it is behind "Hombro Norte" (english: the north-shoulder). If you look closely, you can see the mainsummits ice-mushroom peaking out to the left of "Hombro Norte". Nobody ever did a direct line through this face or completed a route up upon one of those ridges, although such a line would lead to the summit on a much shorter route than the current normalroute (Agostini). During my expedition I studied the ridge that can be seen in this picture´s profile to the right. There is a snowfield that leads up the ridge as a possible entry from the upper part of "Glacier Calluqueo" just behind "brecha de la cornisa". The ridge itself should be possible, but on that route you are very exposed to strong winds. Once you reach the icy plateau the exposition to wind gets even worse. Two good days and it could work. If anybody wants to give it a try: contact me! I can provide some more information about my idea, which I developed some years ago. I would really enjoy, participating and organising one more expedition to Cerro San Lorenzo.
« PREV NEXT »

I love the color against the rock and ice.

It´s one of my favourites, too.

Very nice! Looks a bit intimidating to get out there.

one of my dreamed places!. I´d like to go there soon!!.

Thanks for sharing your amazing pics! Cheers

Thanks for your nice comment. You should really go there soon!

Have you checked my album My best images of Patagonia yet?

I found it just now, that's incredible...(great gallery as a whole mr.Nikman)

Thanks for your comment, I hope to return there one day.

My best images of Patagonia(Album)