Add photos See all photos
One of the best places in the Dolomites for a fine day (or more) of rock climbing is Cinque Torri. There are lots of routes, starting at UIAA grade III and up to a level far above what I'll ever climb.

The name Cinque Torri means five towers, but in reality it's a bit more complex than that. The biggest tower for example, Torre Grande, looks like one at first glance, but is actually three separate towers, touching each other. The gaps between them are often too wide to be of any use for a chimney climb.

Northeast of Torre Grande stands Torre Seconda, another complex of three separate spires touching and leaning on each other. These three are much closer together, and here some of the contact areas of contact provide fine routes. And although we didn't plan it, we ended up climbing nowhere else - on each of the three days that we visited, the weather turned on us after one or two routes. But despite the afternoon rains, we thoroughly enjoyed ourselves. 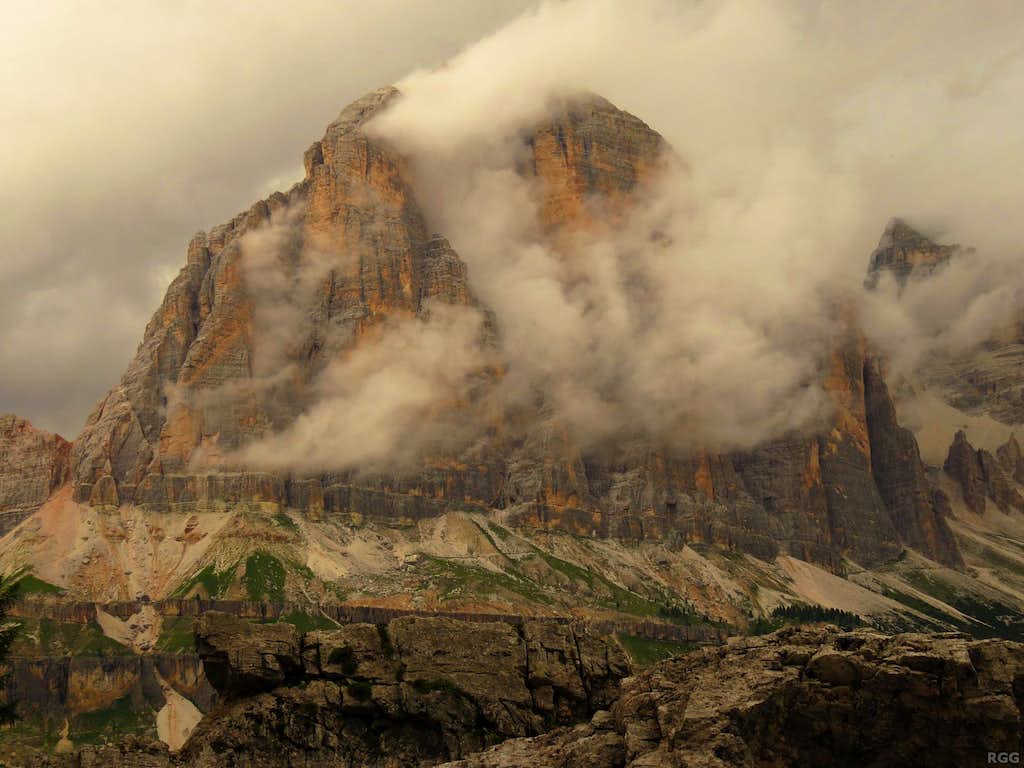 The most popular (and easiest) routes on Torre Seconda

Via del diedro follows the obvious dihedral on the north face where Torre del Barrancio and Torre Romana are touching. Grade IV+.