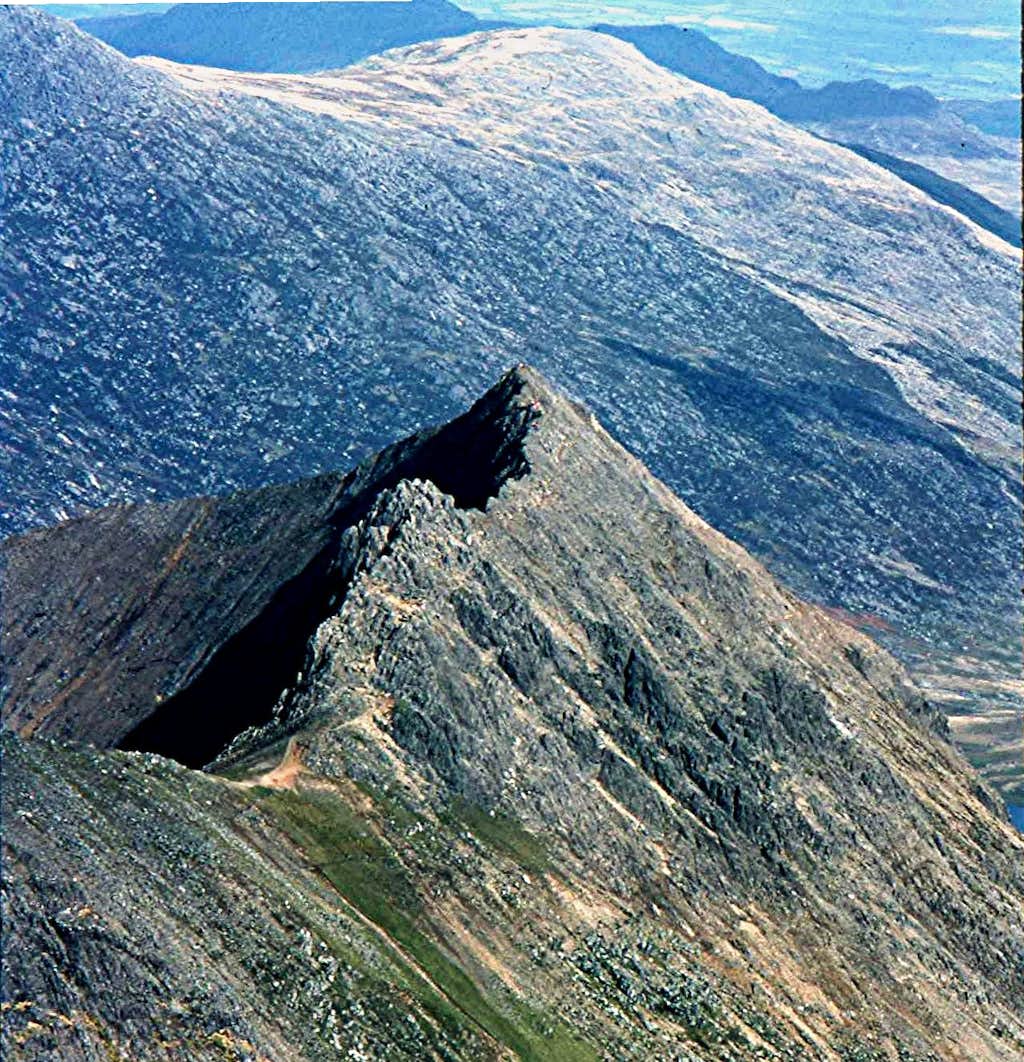 Crib Goch with its south-west ridge seen from Snowdon during a climb of the latter in September 1976. Scan of a 35 mm colour slide.
« PREV NEXT »

on your Snowdonia classic, Ejnar !!!

....has this 'wintage' look that is very popular these days!

..Ejnar. A blast from your past!
Nice to see a good British mountain pic on the front page for a change.
Stephen

It makes me want to pop in a "Pink Floyd"
CD, and then head for the hills in a flash!

Thank you, yes you might well say so, I was 39 then! Crib Goch is a very impressive mountain, happy to put it on the front page.

Wish you were here???

Geez - I haven't figured out how to be in TWO
places at the same time, yet.

If I were "James Bond," I could pull it off!

Thank you Afzal. Yes, Snowdonia is definitely worth seeing.

Thank you for the kind comment. I hope you do get the chance to go to Snowdonia sometime, though.

Thanks for posting, although Snowdonia is not generally a high altutude range we have 3 very active mountain rescue teams covering the park, Crib Coch is a classic blackspot where people get freaked out nd call the rescue services which are all volunteers, love these old photos btw.

Thanks for your comments. I can well imagine that there may be need for rescue teams in Snowdonia, not just on Crib Goch, but also on Tryfan and other peaks. As a matter of fact on this very Snowdon climb via the Ranger Route (!) we saw someone who had stumbled and gashed his knee to the bone. He was one of a group of a half a dozen soldiers, they were going to carry him down themselves, and must have been able to do so without problems.

In summer 1992 I was in Snowdonia, and I did the climb from Pen-Y-Pass via Crib Goch to the top of Snowdon! I was even quite lucky with the weather! This photo stirs up some very nice memories!

Re: That's a surprise!

That must have been nice! We climbed Snowdon with our kids of eight and ten years, and therefore chose the easier Snowdon Ranger route, but we also had very good weather.