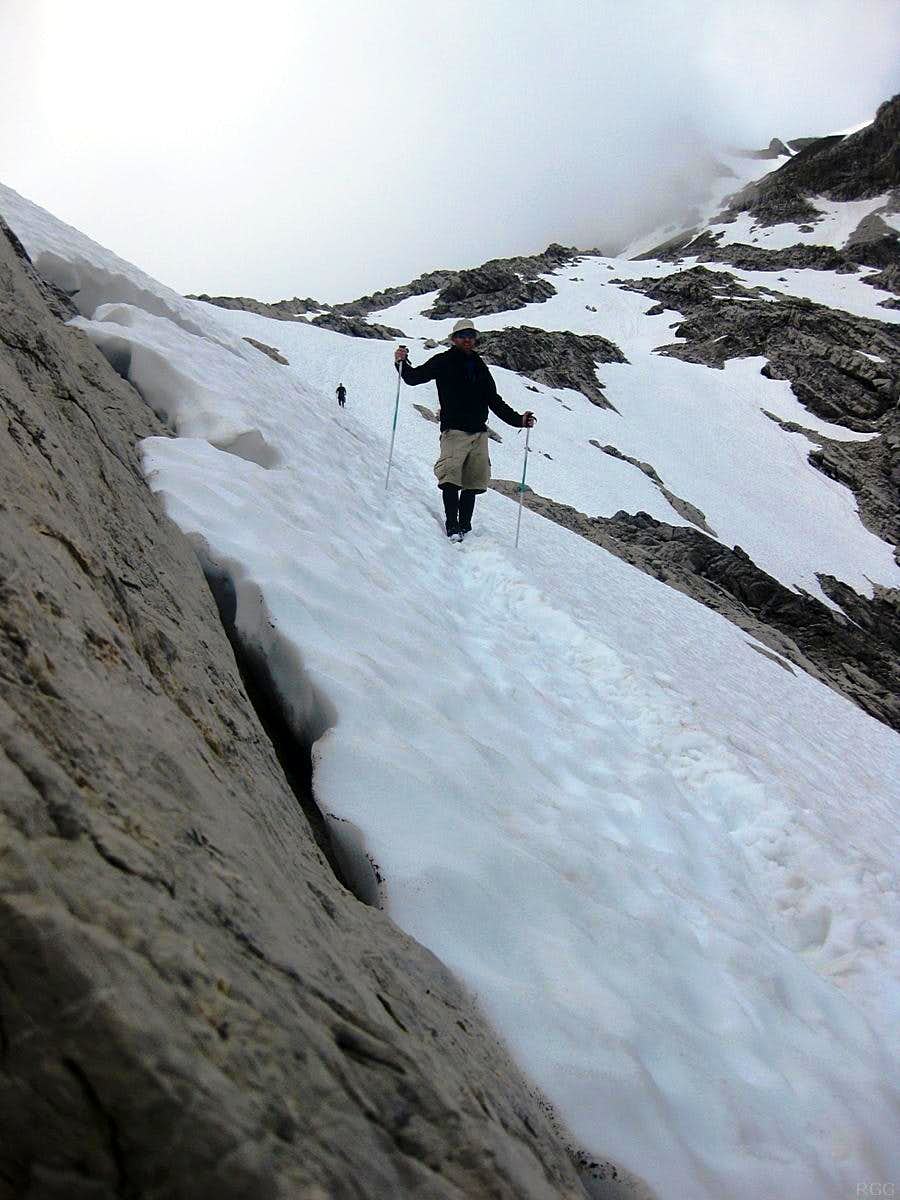 Normally a scree slope, but early that summer it was steep snow. Despite the path being invisible, route finding wasn't difficult, but there were a few steep snow fields. On some, the slopes would get less steep lower down and a fall wouldn't be a problem at all. You would come to a halt automatically. There were no cliffs at the bottom of any snow slope along the route, so that wasn't a problem either. But some had rocks at the bottom, and although the slopes were not high enough that you might build up enough speed to fear for your life, you could very well break something if you didn't stop before hitting them. Best not to fall then. 27 June 2012.
« PREV NEXT »