First View of the Traverse 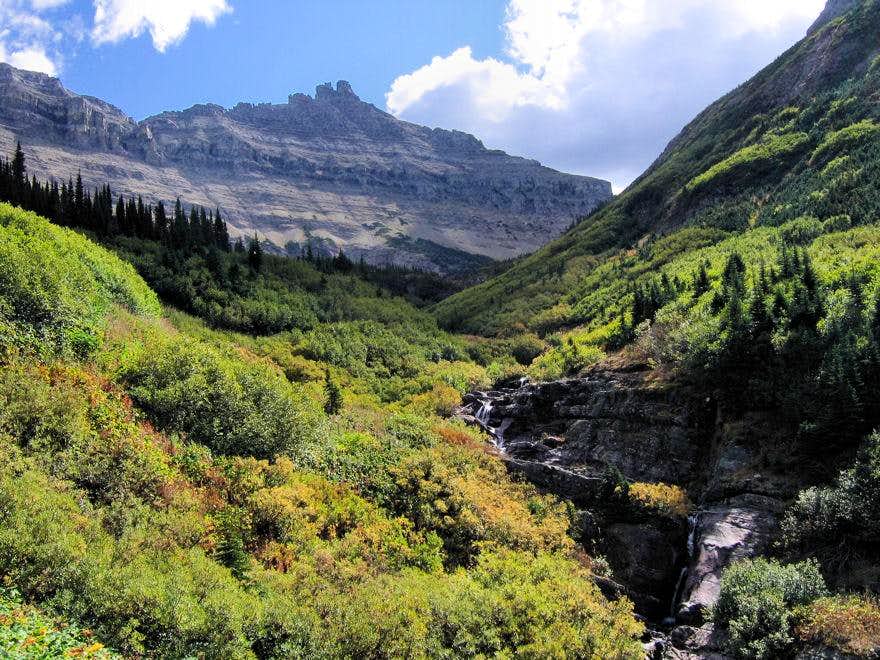 Here we are not far below Stoney Indian Lake, which is directly ahead, nestled against one of the Stoney Indian Peaks, which dominates the back of this image. Stoney Indian Pass is up and out of the image on the right. The Stoney Indian Peak dominating the skyline is home to our traverse, which runs just below the gray cliff band about two-thirds of the way up the mountain. This is the first portion (and much the shortest) of the traverse, and runs to the notch in the cliffs on the left. Photo by Vernon, September 6, 2007.
« PREV NEXT »