Flood in the Desert 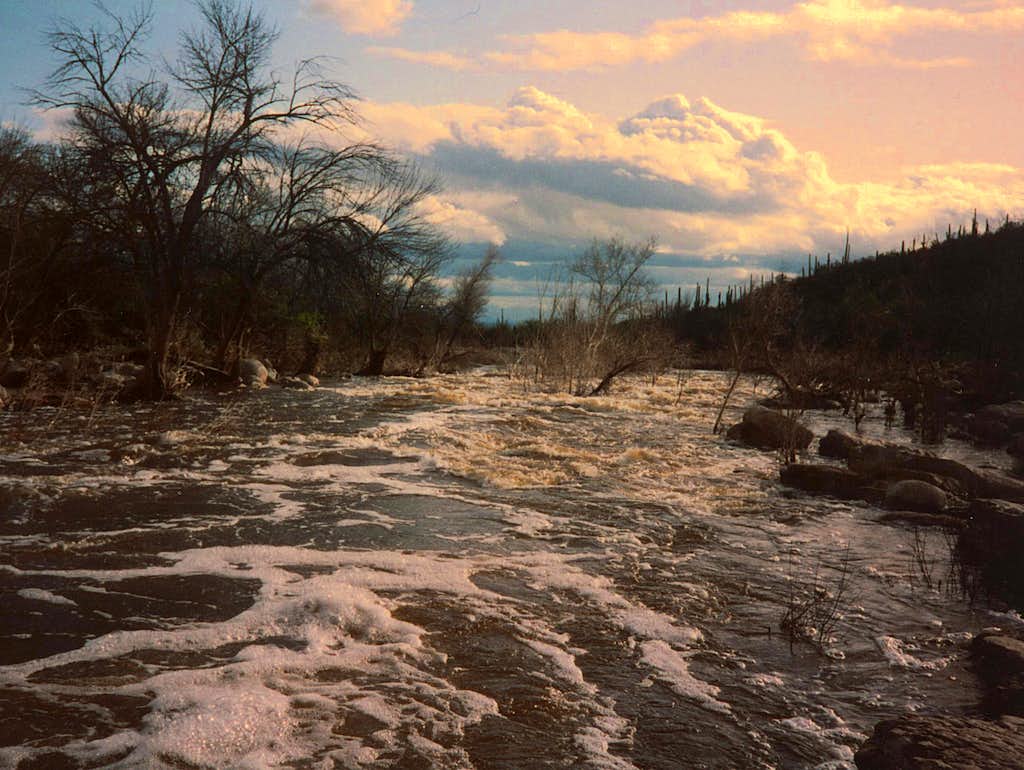 The record-setting flood that scoured Sabino Canyon on July 31, 1993, ripped out a section of the canyon road, destroyed the final shuttle stop and left other parts of the canyon strewn with boulders and debris. At its highest volume, the massive flood measured 17,000 cubic feet per second. In August 2006, major flooding once again hit the Sabino Canyon/Tucson area. Water in the normally DRY Rillito Wash was flowing at an estimated 35,000 cubic feet per second. A house fell into the Santa Cruz River, and the entire town of Marana was evacuated. Following the flooding, the bridge that crossed Rattlesnake Creek along the Sabino Canyon Road ... was missing! Photo was taken just south of Sabino Canyon, Arizona, on July 31, 1993.
« PREV NEXT »

Of all your photos!

Thank you. When I first came to Arizona, they
were in the midst of a "100-year flood event."
I said, "This is awesome." Then, the drought
followed after that. Oh well, Bill Gates won't
be very proud of me, because I have to leave
the computer and hit the sack. Thanks again
for your kind comments and interest, Tanya!
(I have some more photos coming tomorrow,
taken just to the southeast of Payson, AZ.)

I like it too. A little something different than most SP submissions.

You have the tranquil sky in the background,
and the devastating floodwaters in the foreground. Makes me want to pull out a lawn
chair, and break out a bottle of wine with a
brick of (cheddar) cheese. Awesome! It very
seldom gets any better than this! : - )
Thanks for your kind comments/contributions.