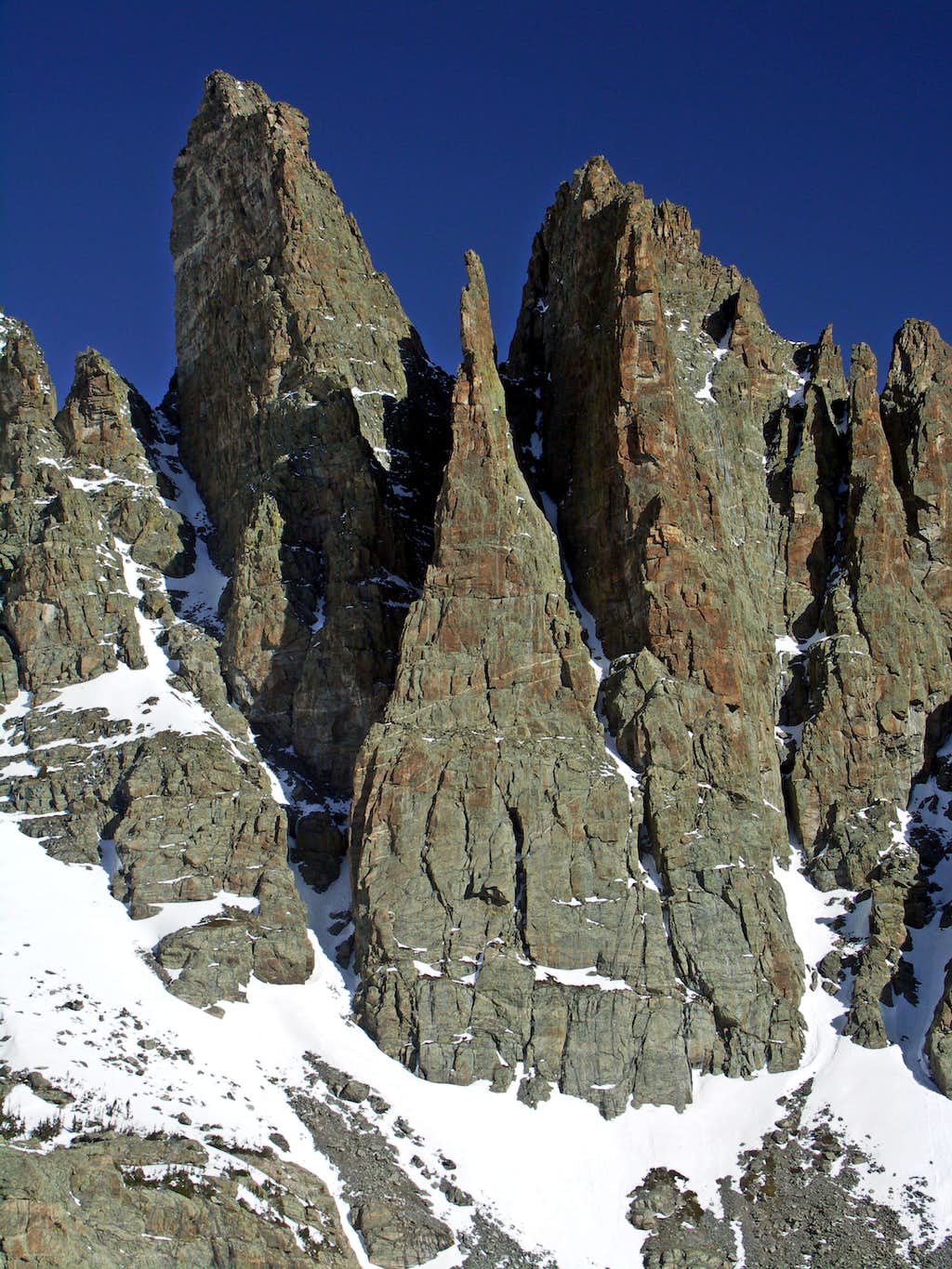 The Petit looks dry enough and doable now! Thanks for posting! How were the conditions on the Icefields? Was it snow or was there some WI2/3? Thanks.

Yes, the Petit looks dry, and should be even drier after Sunday's high temps. We found no ice on Powell. In fact, the snow was quite soft. The cornices were quite large across most of the rim from Powell to Taylor. We saw snow sluff from a rock rib to the side of the snowfield and hit the rightmost couloir causing a sizable wet slide. This was around 10 am, when we were at the point where we had to choose an exit. We took the leftmost couloir, which was only then being hit by the sun. We didn't carry snowshoes and suffered a bit between Andrews Glacier and the Loch, but not enough to regret our choice.

Good to know. Thank you!

Impressive! One of the best shots I've seen. Wow!

Thanks! I'm glad you liked it. The north face of Powell is arguably the best place to view the Petit.

This is an awesome shot, one of the best I have ever seen of the Petit. I have climbed it three times, and can see the South Face Route clearly...all of the "money" spots look good to go! A little snow in the 5.5 chimney, and on the 1st and 2nd terraces are no big deal. Classic. And congrats on your Powell summit!

Thanks! It looks like an awesome climb. I hope to do it this summer.