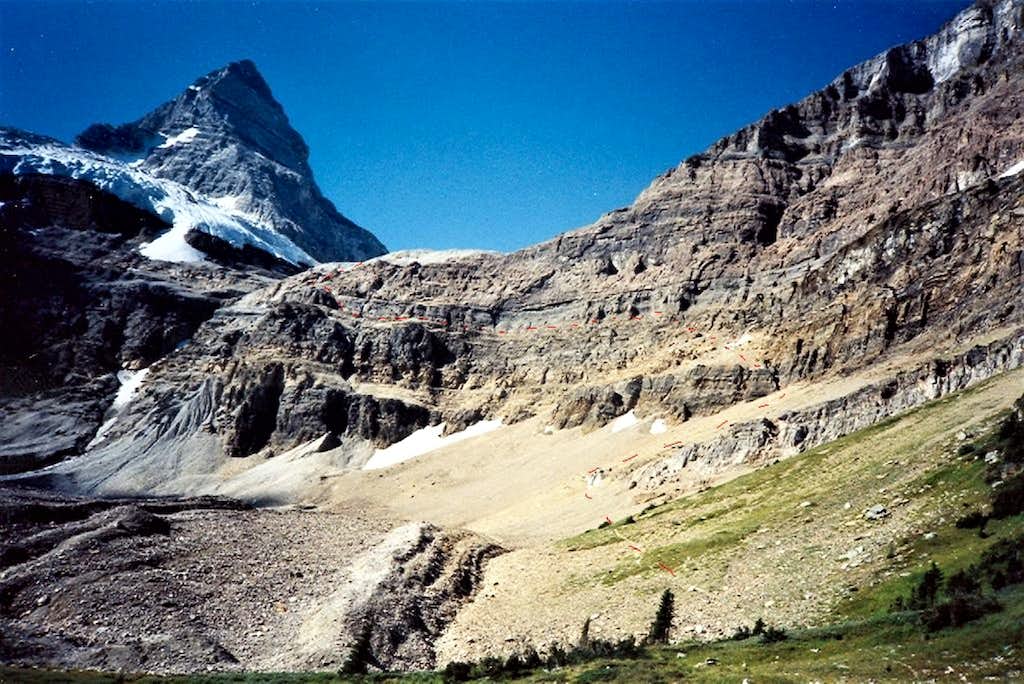 Approaching Assiniboine and Hind Hut by the Gmoser Highway ledges. Route is approximate. Helicopter or hike in either of two ways to Assiniboine Lodge by Lake Magog. Hike trail around right side of lake and follow trail sign to Hind Hut. Trail angles up and left on grassy/scree slopes to bypass a grey rockband and then back to right and scramble up a gully weakness in a brown rock band. Cross a large scree ledge angling up and left and follow cairns and trail up a series of narrow ledges which make a long traverse left to a gully. This gully is frequently filled with snow so kick steps(may need crampons) up gully or climb rock along left side. Hike/scramble up easier ledges, scree , talus and snow patches following cairns to the Hut. Expect 4 to 7 hours from Lodge. DO NOT ATTEMPT SNOW Couloir/Gully farther to Left as there is a waterfall under it that makes it hazardous.
« PREV NEXT »

Thanks - The trip report explains the climb.