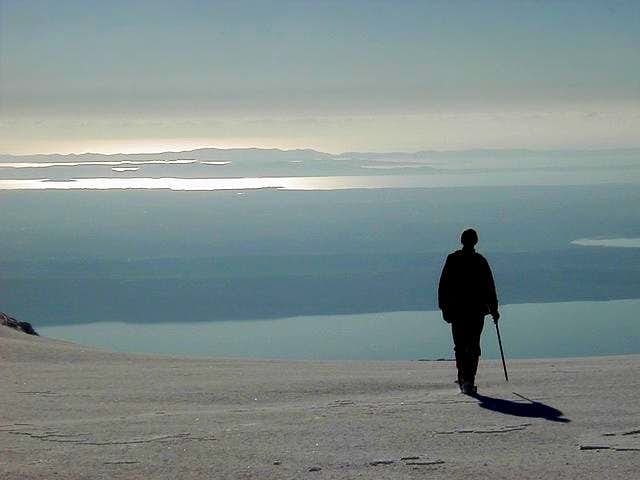 Going to the edge! 1700 meters above the Velebit channel, which is bellow. Shining behind is Zadar channel and islands of Zadar archipelagos. Further behind is open Adriatic sea. Horizon is some 150km (100 miles) away. Photo taken bellow Vaganski Vrh (1757), on the descent towards Velika Paklenica velley, Lipa Staza route. Behind the edge is 1200m deep drop to Paklenica valley. January 2003.

I think that this is one of your great shot.

Thank You Kenzo, very much!!