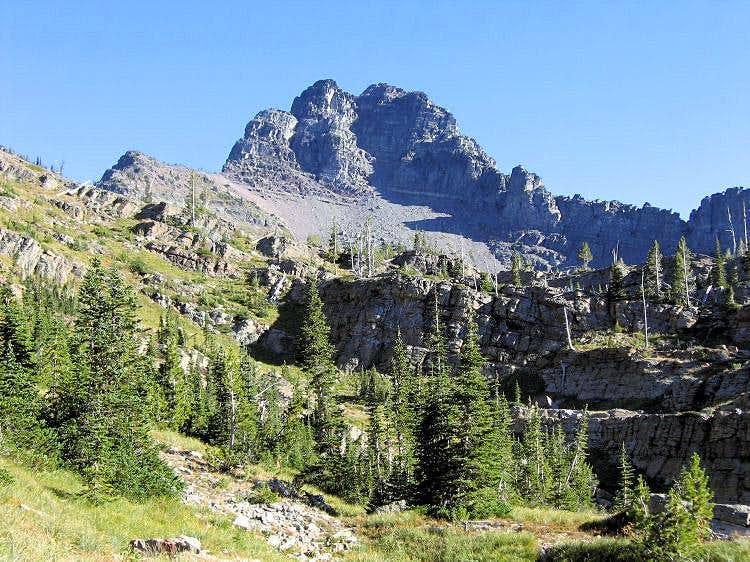 After following the trail through forest for a couple hours, approaching the Riddell Lakes Basin brings up one of the first views of Gray Wolf. This is the south face, and the largest couloir (simply known as the "South Couloir Route") is one of the main routes up the mountain. It is generally considered non-technical—barely—after the snow has melted out late in the summer. Our route took us around to the right (that is, well out of the frame), and into the Scenic Lakes Basin. Photo by Vernon, September 2, 2006.
« PREV NEXT »