Headwall and gully near the top of the route 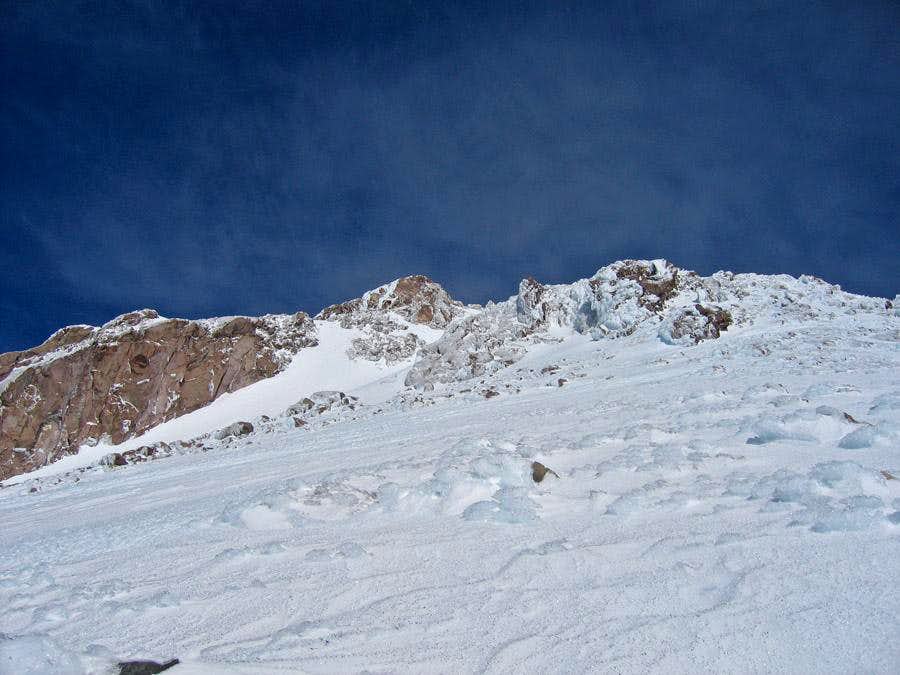 Headwall and gully (in the middle) near the top of the route. This is the steepest section, with 35-40deg slopes (most of the rest is <30deg). Options include heading up the gully, traversing W to join the end of the Sargent's Ridge route, or bypass the headwall to the E by traversing above the E side glaciers. Ascending or traversing the gully was not an option that day with massive chunks or rime from the storm being dislodged as the sun hit the rock (this route gets sun first thing in the morning due to its aspect). The surface was so icy that day that traversing E was also not an option for our group. At the root of the headwall is where we turned back. 07Jun2010
« PREV NEXT »

Baptism by ice: learning (without) the ropes on Shasta's Clear Creek route(Trip Report)