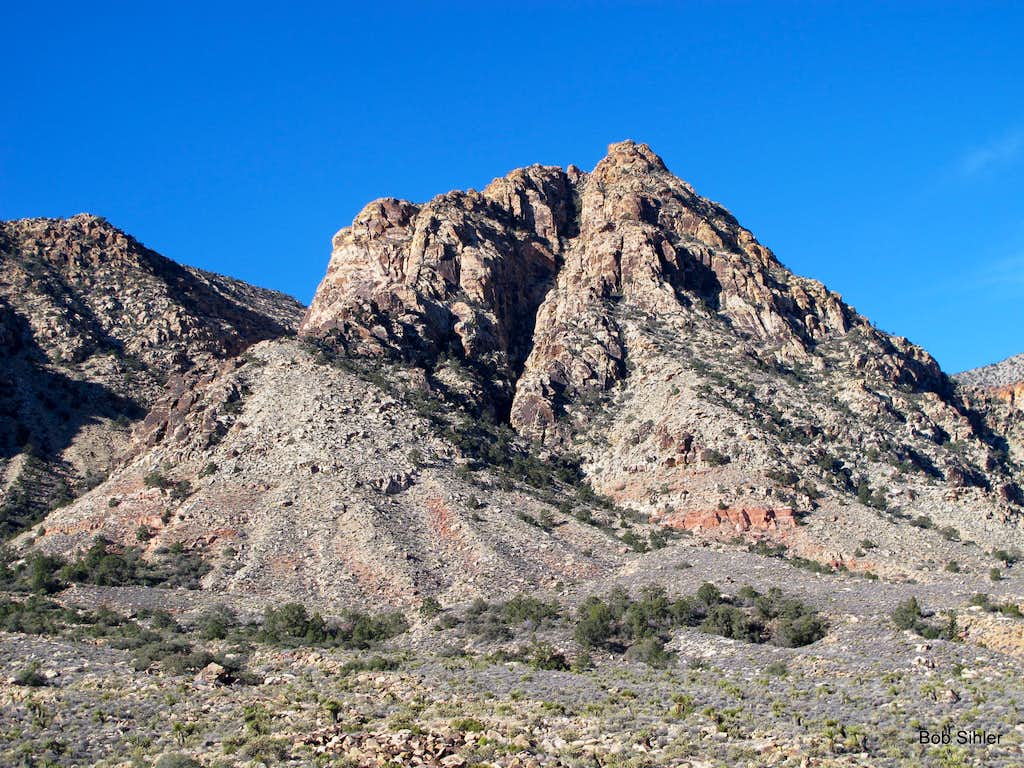 Seen from the 4wd approach early in the morning. That huge split in the east face looks like a tempting route, but if you look closely, you will see a cliff in there that looks to be too difficult for scrambling. The correct route is to aim for the buttress on the left. Either reach the top of the ridge and then drop toward the drainage on the left side of the peak or aim for the side of the buttress without dropping into the wash. A cairned use trail exists out there, and you'll run into it at some point. Why not just use the wash? It is reportedly hideously brushy in placec, and you're just going to have to climb out of it, anyway. Red Rock Canyon National Conservation Area, NV-- January 2013
« PREV NEXT »