I'm pretty sure this is Kyajo... 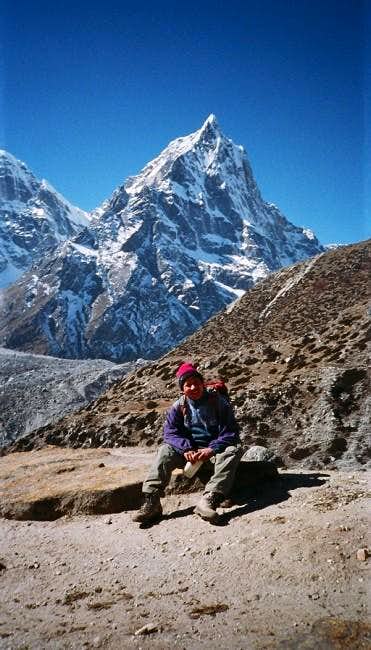 I'm pretty sure this is Kyajo Ri as seen from the route between Dingboche and Loboche. Perhaps someone could confirm or deny this. Our sherpa guide Santosh is resting his weary feet in the foreground.
« PREV NEXT »

Kjaio Ri is in the Gokyo valley, Dingpoche and Lobuche are not. So this must be another mountain (Cholatse?, Taboche?)

Nice photo though. Wonder if it's possible to move it to another section rather than just getting rid of it?