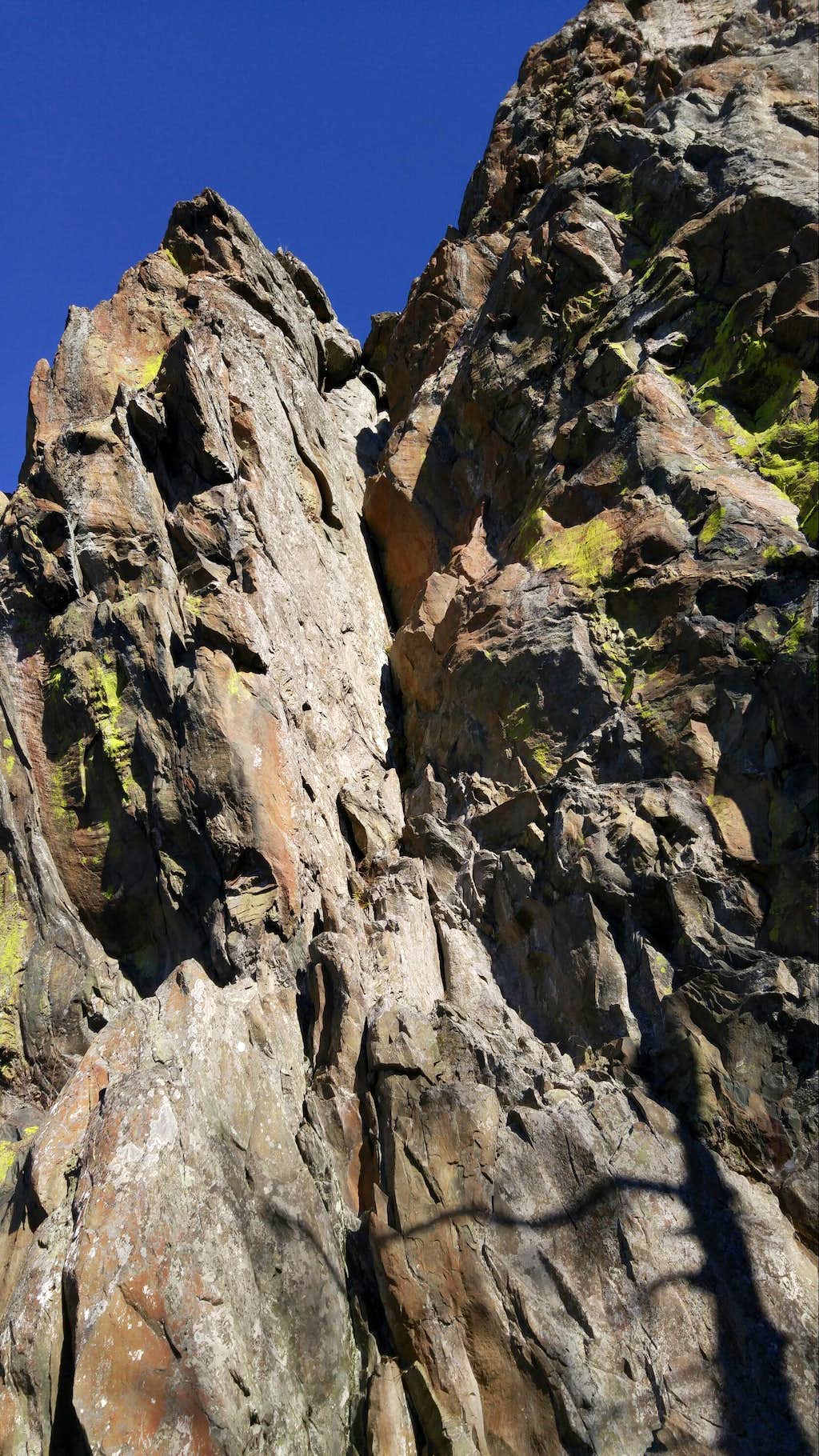 This was a fun, easy climb both on toprope and lead. There is some loose rock, though. The crux is about halfway up. It appears more difficult than it really is, and once you figure out the foot placements, which aren't obvious at first, it's a breeze. There are big, solid holds throughout the climb and great gear placements. Near the end, you squeeze through a chimney created by a massive chockstone. You could lead over the chockstone instead or set a toprope over it, and that would make the route harder. Raven's Roost; Blue Ridge Parkway, Virginia-- November 2015
« PREV NEXT »