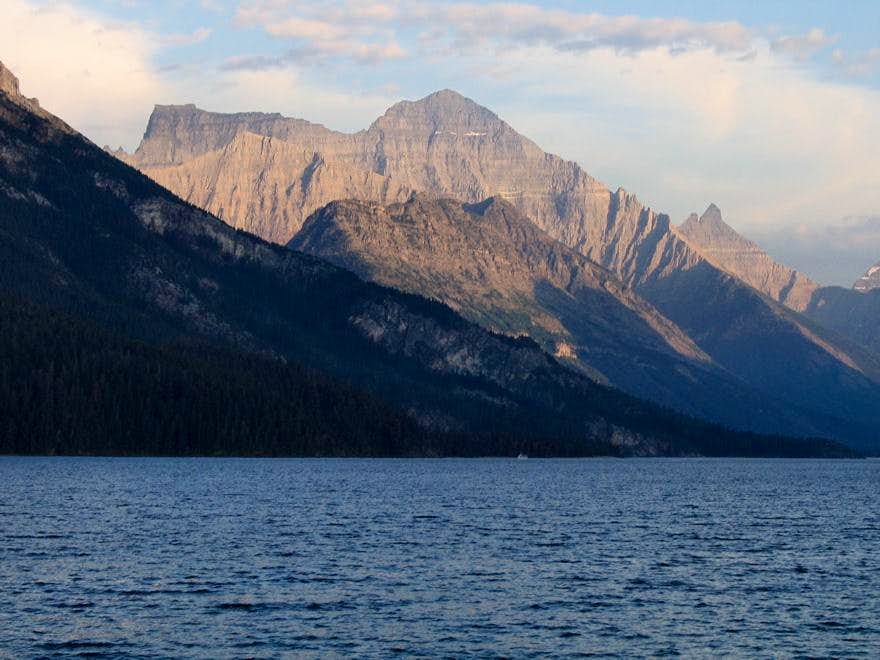 This photo taken from just above the Waterton Townsite, on the Cameron Lake road. Pointed peak on the right is one of the Stoney Indian Peaks; ridge running to the far left leads to what is known as Kaiser Point (9,996'), which used to be considered one of the GNP 10,000 foot peaks until recent measurements showed it at just under the 10,000' mark. Goat Haunt Mountain (8,547') is highest point in front of Cleveland, left of center.
Photo by Vernon, July 15, 2007.
« PREV NEXT »

Makes me feel like going there...what a wonderfully wild country that must be!