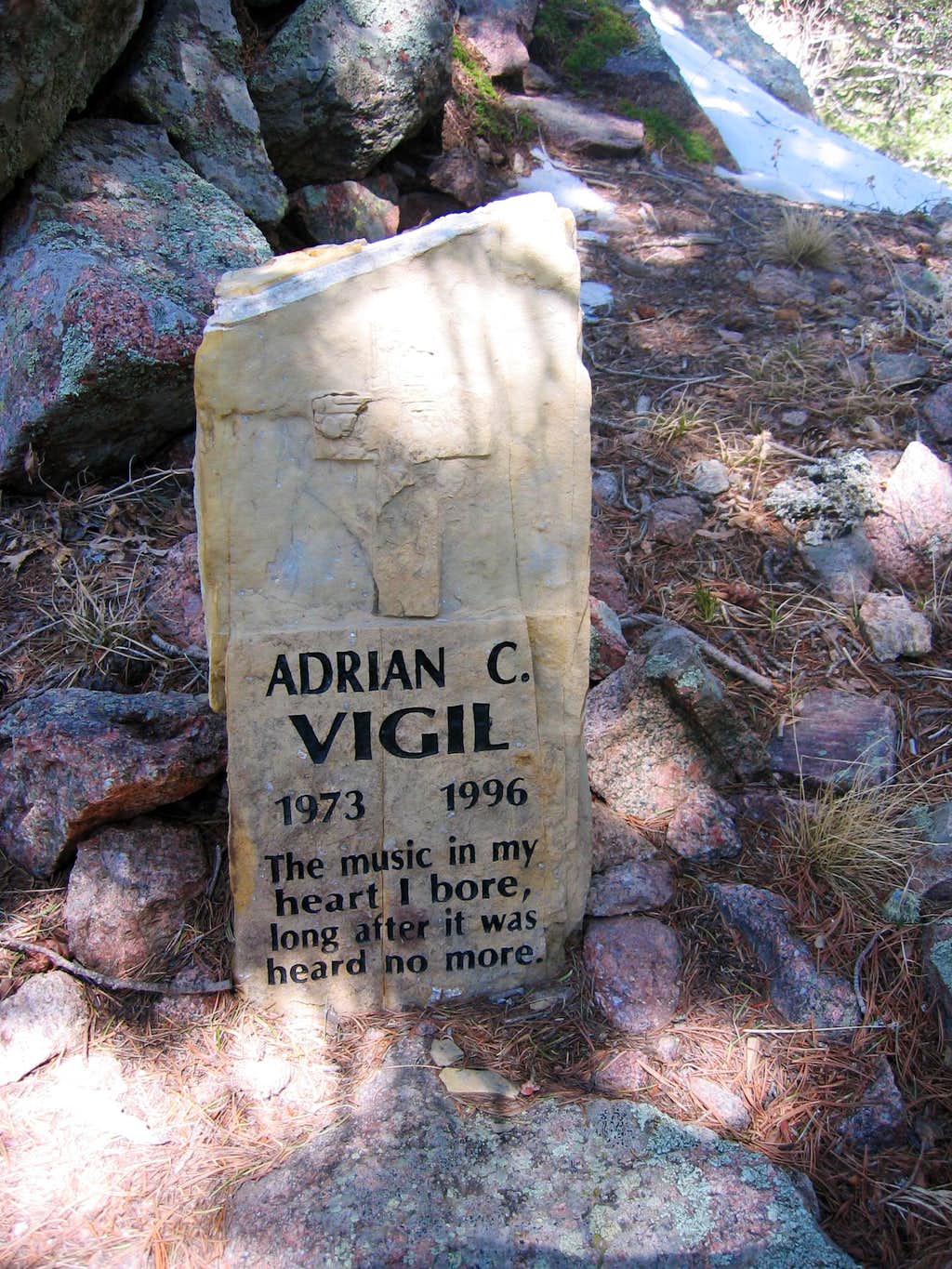 This is a marker at the base of the East Saddle Route of the Needle in the Sandia Mountains. I was unable to find info on whether this person died on the Needle...or if they just liked that area. Either way, the marker is a good reminder of how serious and dangerous the Needle can be.
« PREV NEXT »

I looked and looked, & finally found this

Taos youth killed in climbing accident
By Mike Stautfer
The Taos News
A 1991 graduate of Taos High School was killed Sunday (June 9) when he reportedly fell 400 feet while free-climbing (without ropes) in the Sandia Mountains east of Albuquerque. According to his two climbing companions (their identify unknown at press time Tuesday, June 11), Adrian Vigil, 23, of Taos was apparently reaching up to grab a handhold "and just slipped," State Police Capt. David Osuna said Tuesday. "Details are still a little sketchy," Osuna said. "The other two are apparently suffering from trauma with what happened, and the final reports have yet to be submitted." The incident happened in the area of The Needle, according to State Police. The Needle is a huge rock formation on the west side of the Sandias, north of the radio towers on Sandia Crest. According to statements given by the two men, the three had started a two- or three-hour hike toward The Needle about 1 p.m. Vigil fell into a deep canyon that is closed to hikers and climbers, police said, although the area in which they were climbing is not restricted The Bernalillo County Fire Department was notified at 6:15 p.m. Sunday. Search and rescue teams readied his body about 7:30 p.m Sunday, but it was not recovered until Monday (June 10>.

Re: I looked and looked, & finally found this

Thanks for adding this to the page! Great info!