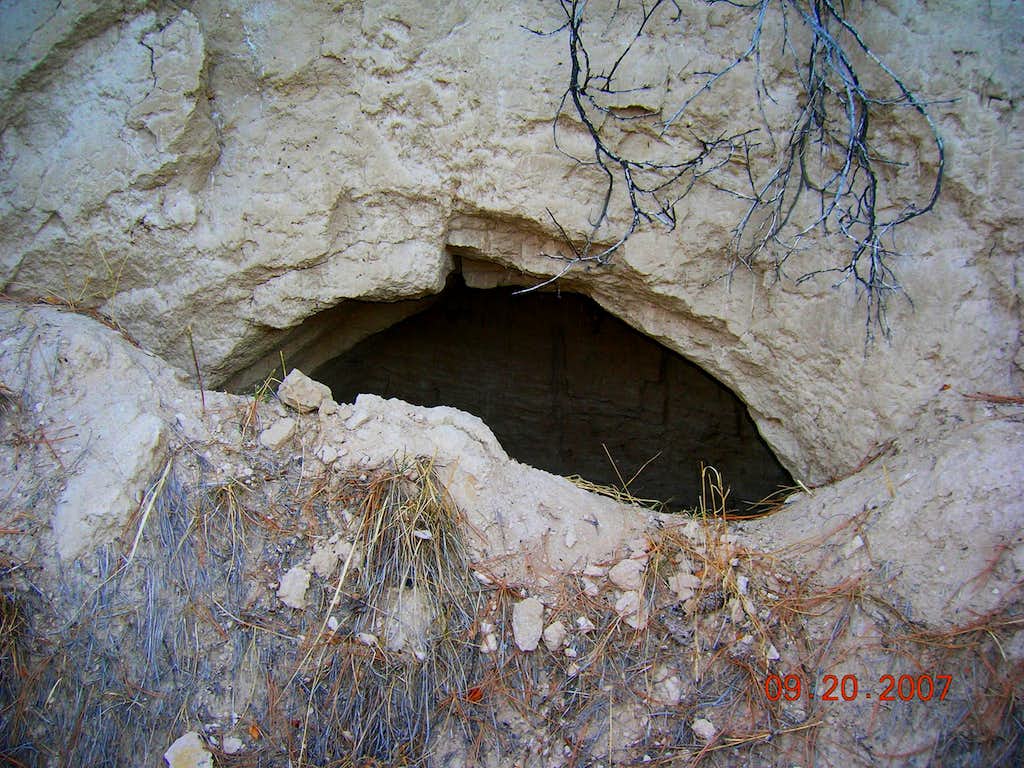 This is all that is left of the infamous "Moonshiners' Cave". During Prohibition years, this cave originally had two rooms that housed a moonshining operation. Years later, the land was sold and the new owner used dynamite to close off the cave. This is located in the banks of a draw just east of Crow Butte.
« PREV NEXT »