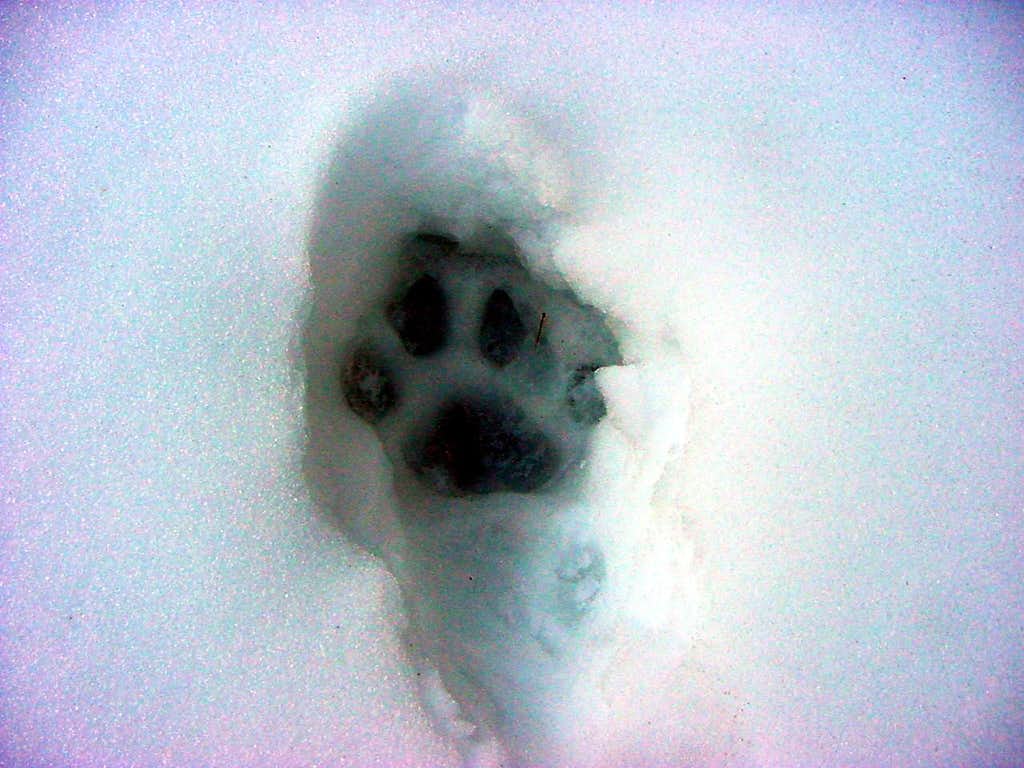 Mountain lion snow print taken in the BLM Beaver Creek wilderness on the south slopes of Pikes Peak. I was a little spooked when I realized what type of print this was since I was solo - at about 4 inches across what else could it have been? I followed the tracks for about thirty feet until they disappeared up a steep embankment. For all I know he or she was watching me from above. Taken in January, 2004.
« PREV NEXT »

Last year I was hiking at Philmont Scout Ranch past Elkhorn Camp with a Boy Scout crew. There was no one around. The sun was setting (we were headed to Upper Dean Cow). In the distance we could hear the yipping of an animal (coyote?) that seemed to have been caught in something. The youth wanted to go check it out. Roger, an adult adviser, suggested that a remote area of mountain lion country with an apparently wounded animal at sunset was a prescription for trouble. We decided to continue on to camp. About 300-yards further down the path we encountered mountain lion scat. Scarry stuff! (And, no, I didn't take a picture!).