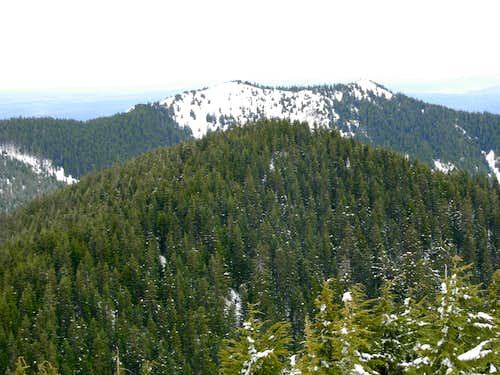 Dixie Peak, also known as Rachor Peak, is located on the same ridge as Mount Si and Mt. Teneriffe. Unlike Mt. Si thought Dixie Peak is not nearly as well known as it’s famous counterparts, especially the ever popular Mount Si. That being said though, Dixie Peak is definitely a worthwhile destination for a number of reasons.

First Dixie Peak is not popular despite being relatively close to Seattle. It will be very rare that you encounter another person when you are attempt this summit. The second major advantage is the great views from both the true summit and it northern false summit. These two places on the mountain give arguably the best views of downtown Seattle and on a clear day three volcano views. The third major reason for summiting Dixie is the fact that is mountain is basically trailess. This give the summit a wild appeal which is rare so close to downtown Seattle. 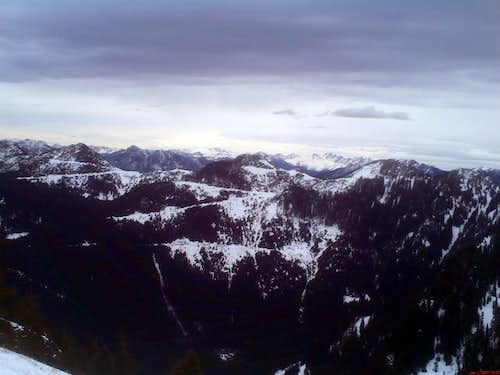 View to the north and east

There are two known ways to get to the summit. The first way , the fire road is the easier of the two. It is basically a walk all the way to where the ridgeline comes to the road. Then you must take a YDS Class 2 bushwack all the way to the true summit. The first part is very steep but once you make past the first false summit the bushwack will level out a little and you then must follow the ridge to the summit. This route is best attempted in winter not only because asthetic appeal but because there is thick brush on the summit ridge and the brush can be a real pain to travel through. 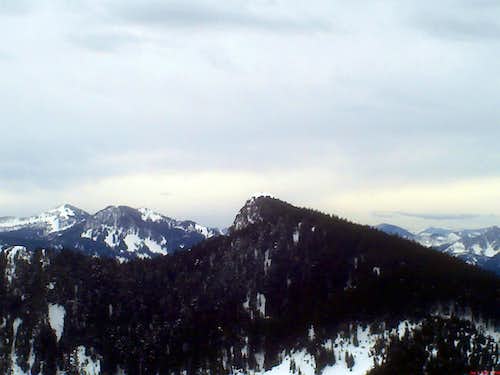 Views of more summits with Teneriffe in the foreground

The second way is from the YDS Class 2+ Southwest Ridge (Kamikaze Trail) (This is not a Trail-Trail). Please note that this trail is closed and is set to be repaired in the near future. I am not recommending this route though I have just done the route recently. I am putting this route in only because it does receive a moderate degree of popularity. It was the direct way to the Mount Teneriffe summit and still receives moderate traffic despite the warning signs. This route is extremely steep up to the Teneriffe summit and has some interesting spots. It makes the steep Mailbox route look like a city park walk. The steep trail though does bring a reward in the amazing Kamikaze Falls and eventually Mount Teneriffe. Unfortunately the eroded trail can be very hazardous in winter and is not advise at all but especially in wet or muddy conditions. From the summit of Mount Teneriffe it is ridge walk back to the end of the fire road and then a bushwack over to neighboring Dixie Peak. This bushwack is highly advised in winter due to the thick brush located on the mountain. 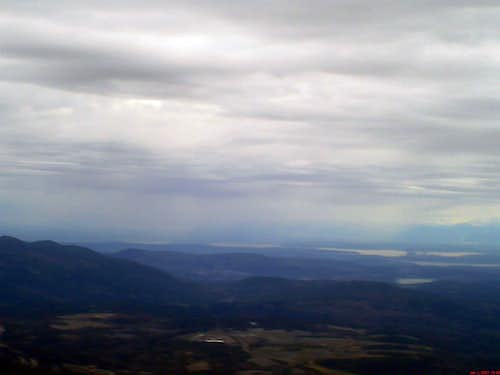 Looking towards the Puget Sound

When on the south true summit go a couple hundred yards to the northern summit which is only 20 feet lower. The views here can actually be better than the larger southern neighbor.

Map of the Routes in the Area 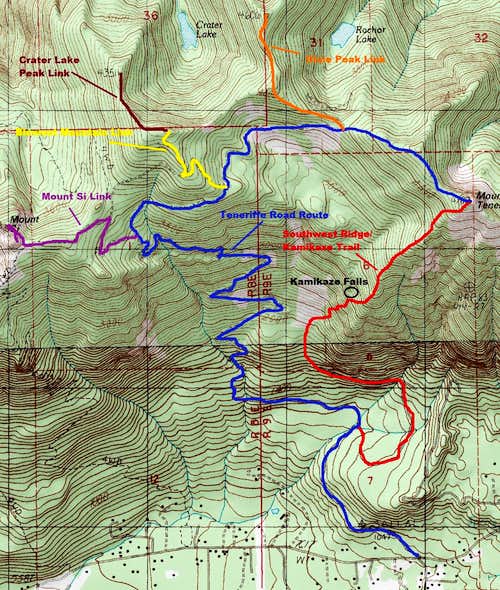 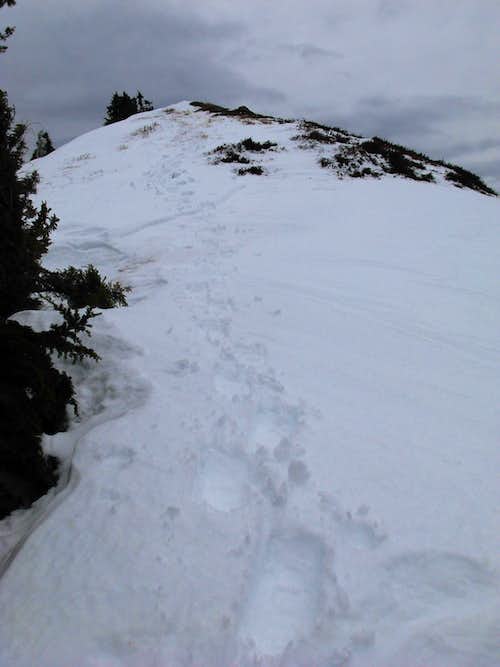 If you part at the Mount Si parking area you will need a new discovery pass. New for July 2011: Discovery Pass is now required for this and all Washington State Parks. Here is the link to the site Discovery Pass .

The parking area (school turn around) is free of charge. However on all school you are not allowed to park here 8am to 5pm Monday thru Friday.

There is no camping allowed in the Mount Si Natural Resources Conservation Area.

Here are some good links to conditions to Dixie Peak:

Avalanche Forecast in the region

A good page on Dixie Peak

This is what the weather will likely be at the 3300 foot level of Dixie Peak. Except temps to be a little cold than this on the summit.