Goose Egg Mountain is relatively small mountain in the southern Cascades located right off of Highway 12 roughly ten miles east of White Pass. Despite it only being 4566 feet it has substantial prominence (1566 feet in the region) and is home to both off-trail hiking and technical rock climbing. It is part of the Tieton Rock Climbing area, which is one of the more popular rock climbing areas in the southern Cascades of Washington. The summit located on the lee side of the Cascade Crest which means it receives considerably less precipitation and more sunlight than mountains west of the crest. The snow-free hiking season starts here in early May and last until November which is much greater than most mountains in the region. It though is also prone to forest fires and though and extremely heat so summer so keep that in mind if you plan on coming here in August. 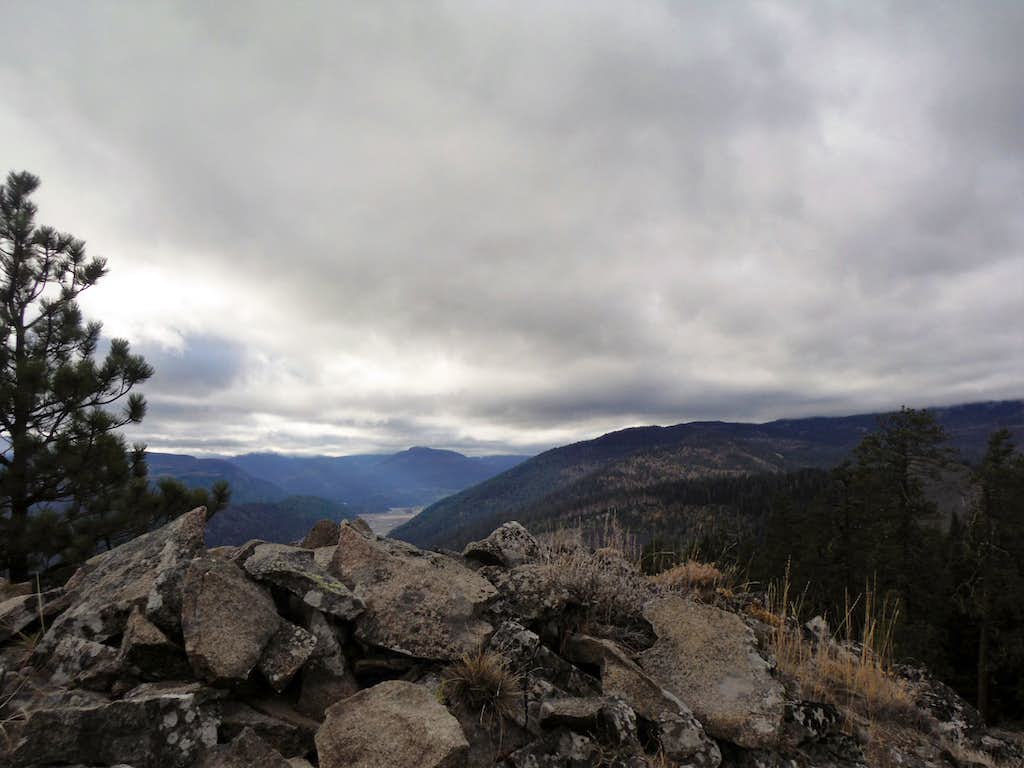 That being said Goose Egg Mountain can also be climbed via the Southwest Ridge which is no more than a steeper off-trail hike which comes up to near the top of the ridge where it becomes much more of an established boot-path all of the way to the true summit ridge. From there will be a quick off-trail hike to the true summit rocks. As of October 2015 there was a summit log that unfortunately was empty! From the one can see the dramatic Kloochman Rock, Rimrock Lake, Fancy Peak and many of the other summits in the region. This area tends to melt out rather quickly in spring so the hiking and climbing season for Goose Egg Mountain can be from May to November. 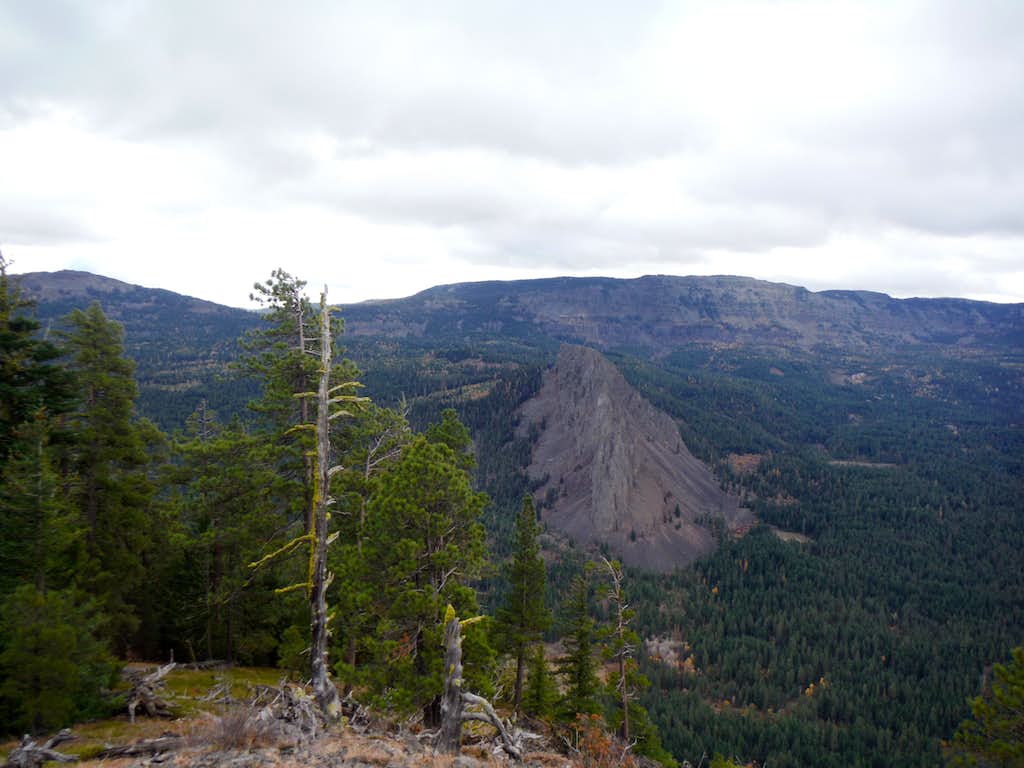 Looking over at Kloochman Peak

VIA HIGHWAY 12: Take Highway 12 to roughly 10 miles east of White Pass and just east of the Rimrock Lake Dam. Head south on Tieton Reservoir Road. If you are rock climbing there are a number of pull outs for one to park. If you are heading to the Southwest Ridge hiking area you should continue on Tieton Reservoir Road until you reach a turnoff to the campground. This campground may have fees in the spring and summer so be aware of that potential. I hiked the southwest ridge in late October and did not notice fees but that was the offseason. From there look for a bathroom area, park there and head up. 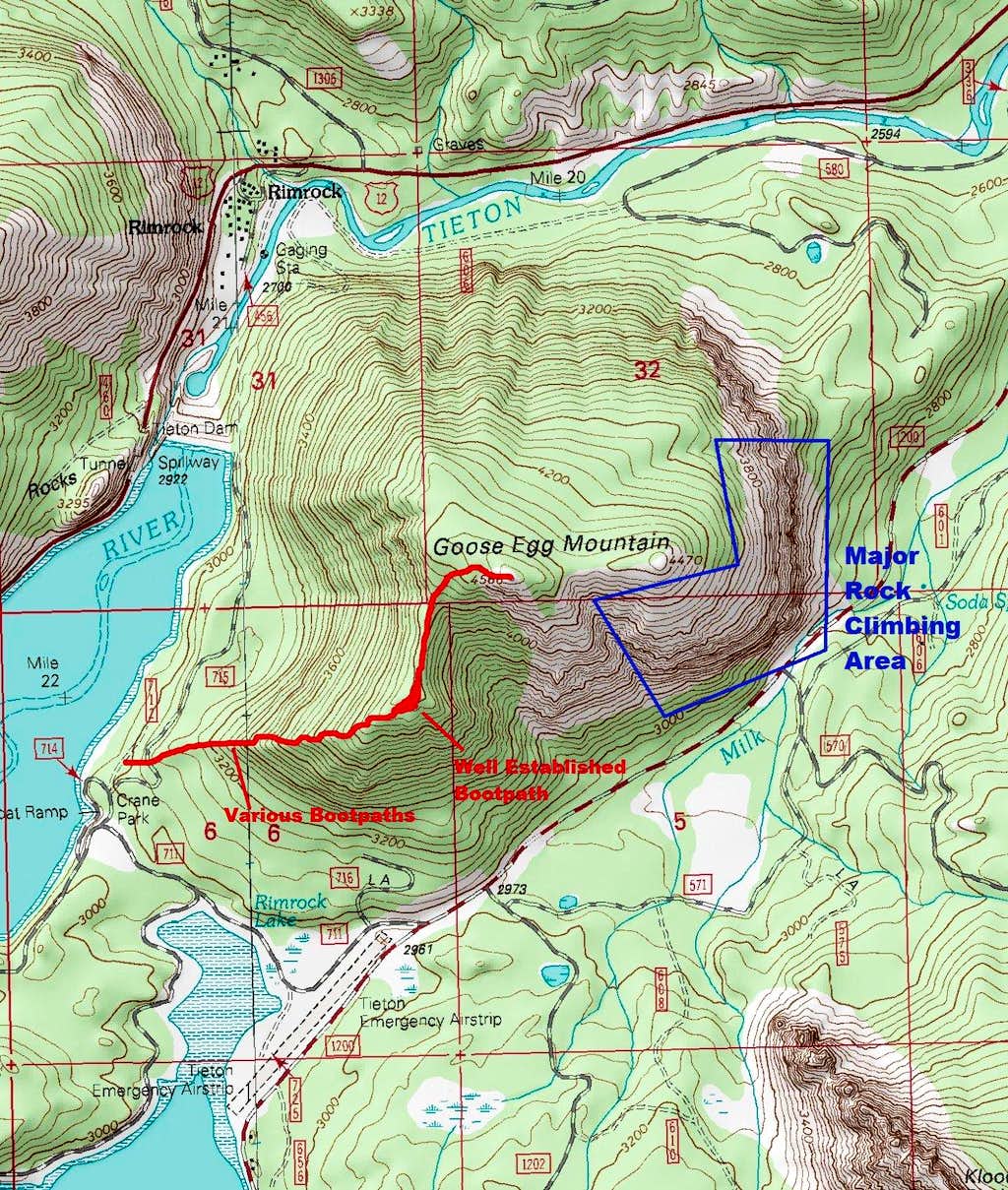 Map of the route and the rock climbing area
This section though will be dedicated to the non-technical route to the summit of Goose Egg Mountain. From the camping area one must just head toward the southwest ridge. There was no real developed boot-path in the beginning of the ridge but relatively soon you will run into a number of boot-paths that criss-cross eash other as you are going up. The important thing is to stay on the ridge and don't go too far off track. As one gets closer to the top all of these bootpaths merge onto as one and form a very well developed boot-path to the point that it almost feels like a trail. The bootpath at first traverses just to the south of the ridge and then alternates to the north of the ridge before again going back over to the south of the ridge. As the route gets near the summit it fades out to a barely noticable path. Once on the high ridge head to your right and you will eventually hill the summit block where excellent views of Rimrock Lake await. 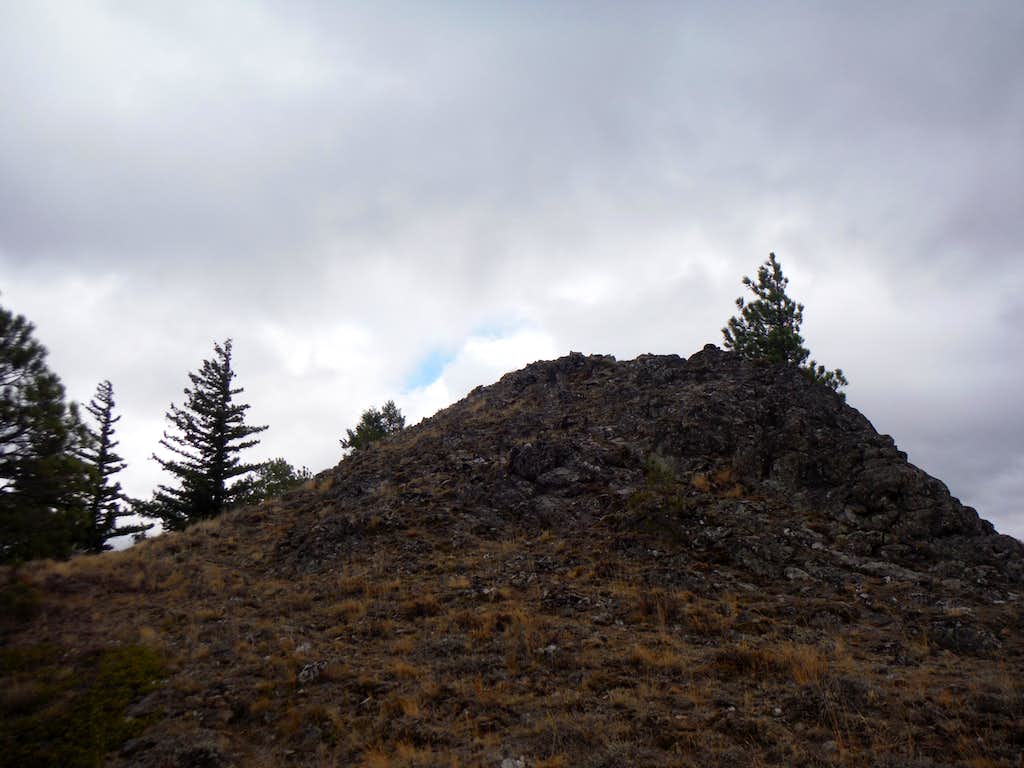 The Route I did started from a camping area so in summer this area has potential to camping fees. There are pullouts before the camping area in order to avoid the fees while the campground is open.  As for the rock climbing area there were no fees from the pull-outs that I saw. 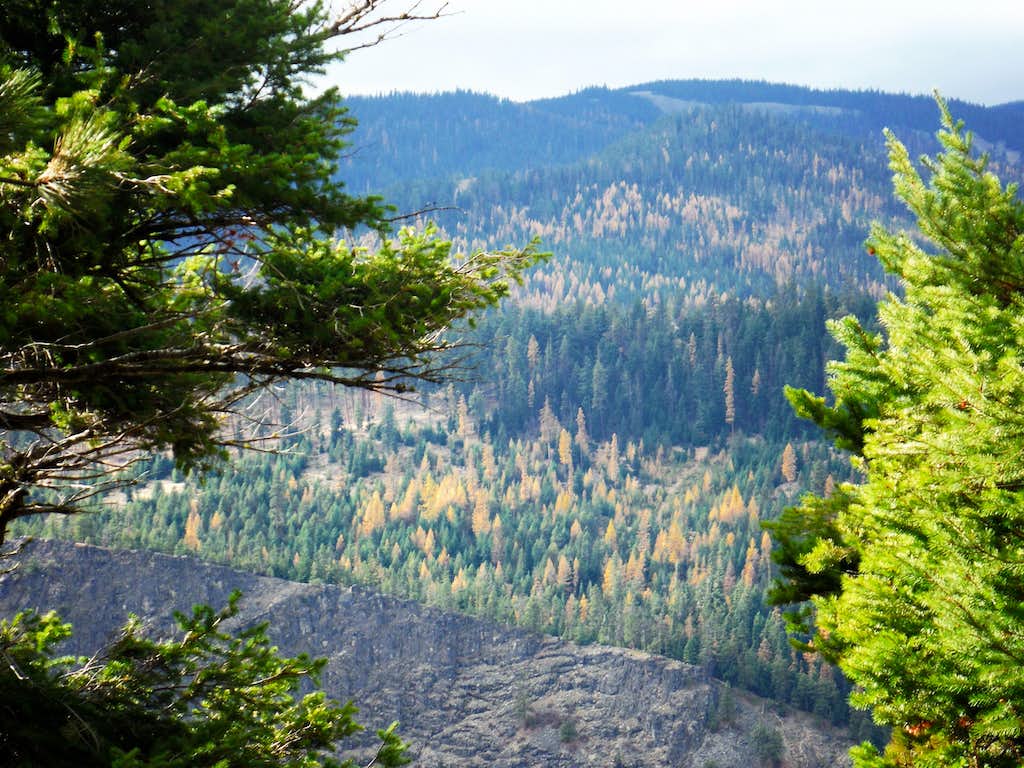 Mid-October is a great time to head to Goose Egg Mountain
This mountain can be hiked and climbed snow-free from May to early November. In summer this area though can get extremely hot and in the past couple of year this area ha had a major problem with forest fires which usually hamper the area in August and September. 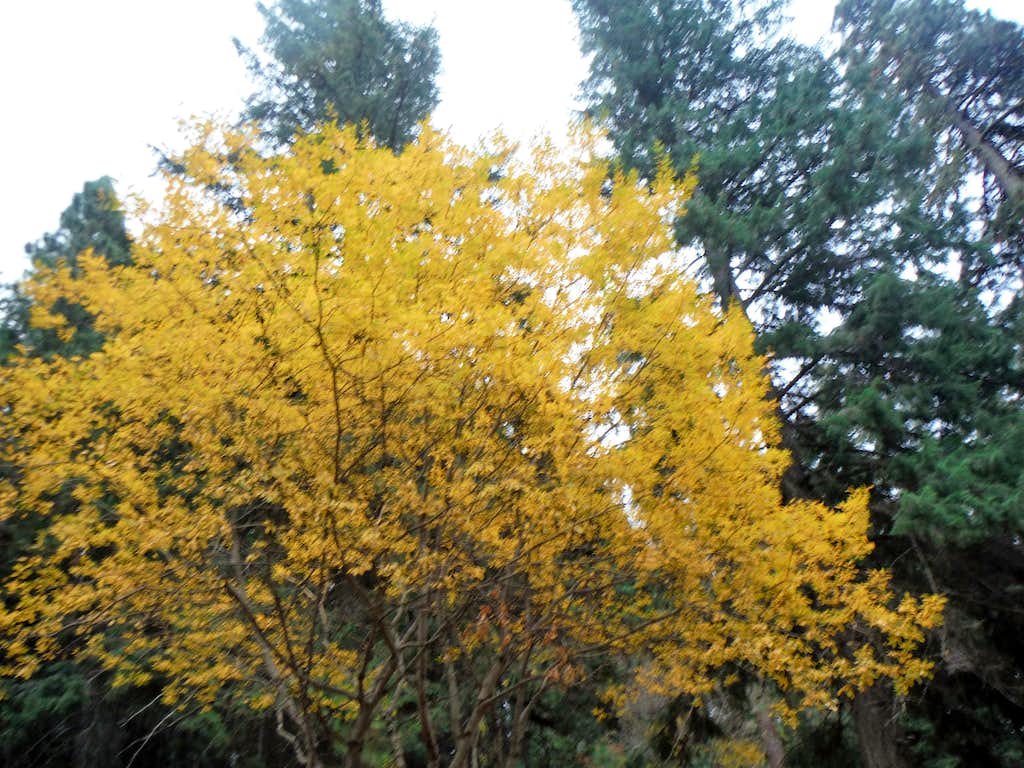 Beautiful tree at the trailhead

There is camping just at the southwest base of Goose Egg Mountain. There is a fee to camp here in summer. As for the summit, there is no reason to camp on or anywhere near the summit.