Mt Greylock via the Gould Trail

Mt Greylock Via the Gould trail 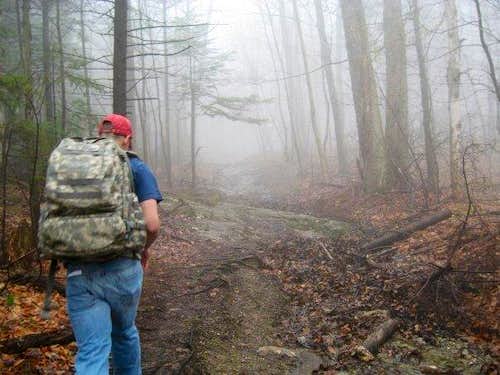 Kim and I, at this point in our lives were just getting ready to graduate College and were out looking for a few fun hiking trips to do in the local area.  I had already done a quite a bit of hiking, but Kim was new to it so I was looking for something that would be fun but not too strenuous and I came across Mt. Greylock.  As it happened, it is the tallest mountain in Massachusetts, and, since I had already climbed Mt Washington in New Hampshire it would give me two of the 50 state highpoints.  This climb is really what got me into state Highpointing and it has followed me as a hobby for the last 8 years or so.

With that being said, we planned for a quick weekend day trip out to Adams, MA where the highpoint is located.  We picked the Gould trail for our ascent, mainly because it was about the right distance.  This mountain is criss-crossed with a hundred different possibilities for climbing and can even be accomplished as a drive up but we were looking to make a day of it and didn't want to just drive it.

The Gould Trail, like many others started out pretty tame with a gentle sloping ascent for the first mile or so and then gradually got more steep as it went.  It was a foggy and slightly rainy morning so the trail was a little soggy but otherwise it was a pretty climb.  The trail guide lists this trail as rising 3.4 miles to the summit and it is listed as "Strenuous"  while I would say that it got me breathing heavy from time to time it was a very easy trail with little to no areas that I would consider "Strenuous".

There weren't many unbelievable views due to tree cover, and any that we would have been able to peak through the trees were covered by the fog. We made it to the summit in a little over two hours and took some photos but by this time the rain had started to pick up.
There is a really cool war memorial tower at the summit which, on a clear day would make for a great photo op for this highpoint.  But by the time we got there the fog was so thick you could barely make out the tower if you were standing under it. 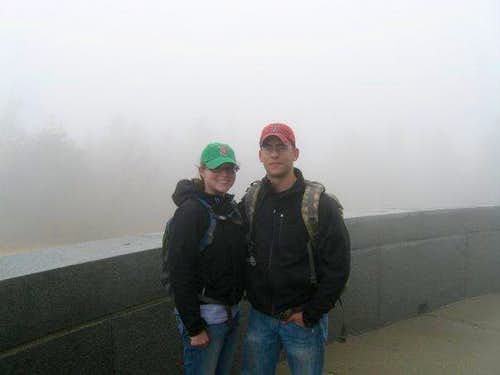 The way down was similar to the hike up with no major issues to report.  The total trip probably took less than 4 hours with time to eat some sandwiches on the trail.

Overall it was a fun little day hike in Western Massachusetts and a definite go to hike if you want to bag a highpoint with Kids as it was pretty easy to navigate.  I would recommend forgoing the auto road and getting out to walk a little in the woods.  If you want to read more about this trip with Pictures or read about my other highpoints feel free to stop by my blog here: