I hiked up Whitney Trail to Trail Crest (13600') and dropped my skis because there was no consistent snow from there to either summit. Mount Whitney (14497') was straightforward, but Mount Muir (14012') was a difficult third class scramble. I then hiked back to Trail Crest and skied down to ~9600. The top of Trail Crest has a slope angle of about 40 degrees and stays near that for ~1000 vertical feet. The snow was really nice up top, but got very soft down low as expected. 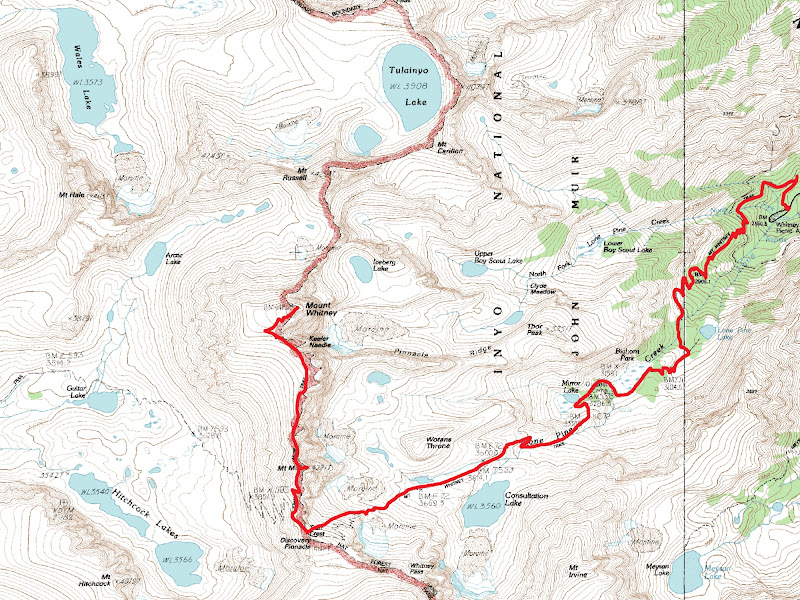