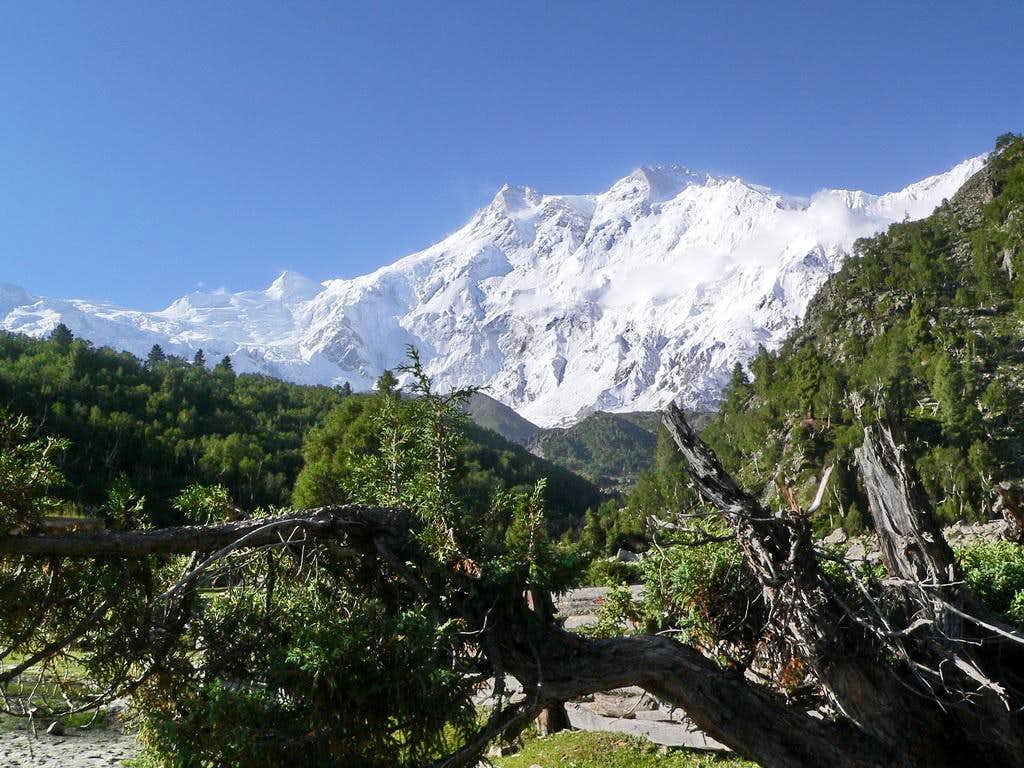 As Seen from Fairy Meadows
« PREV NEXT »

Truly awesome like K2.
I think this is the biggest massif in the world.
When did you take this one Afzal?

Re: What a mountain!

Thanks for your comments and vote. No one ever succeeded in conveying to those who have not known the Himalayas any conception of their size. To talk of mountains nearly ten time the size of Snowdon ( a British mountains) or twice the height of Mont Blanc means nothing. Homely comparisons only belittle the grandeur, no attempt at a scale can convey the effects of such might scenery. Here the Himalayas, seemingly overshadowed, fade away. But the range hold one final, stupendous surprise to spring on the unsuspecting, Nanga Patbat, westernmost anchor of the greatest moutains range in the world, huge, vast and deadly, climbing 26,660 feet into the clinging lenticular clouds which characterize "Naked Mountain". These misty phantoms, on a mountain massif which makes its own weather and is often mistaken as an entire range, were described by the late Sherpa Tenzing Norgay, conqueror of Everest with Sir Edmund Hillary, as "cloud of fear of death".

I can picture in a dream a few fairies floating
over Fairy Meadows. Profound worlds remain.

Thank you very much for your kind words and vote. Afzal

In 1982 I stood at Lete in the bottom of the Kali Gandaki Gorge at six thousand feet and stared steeply upward past villages and hanging ice fall at the smooth summit of Dhauligiri at 26,795 feet, nearly twenty one thousand feet above me. Dhauligiri, the world's seventh highest peak, exceeds Nanga Parbat, the ninth highest by 130 feet. It was as close to the sublime as I have ever gotten.

Re: Even more impressive

Thanks for your comments.