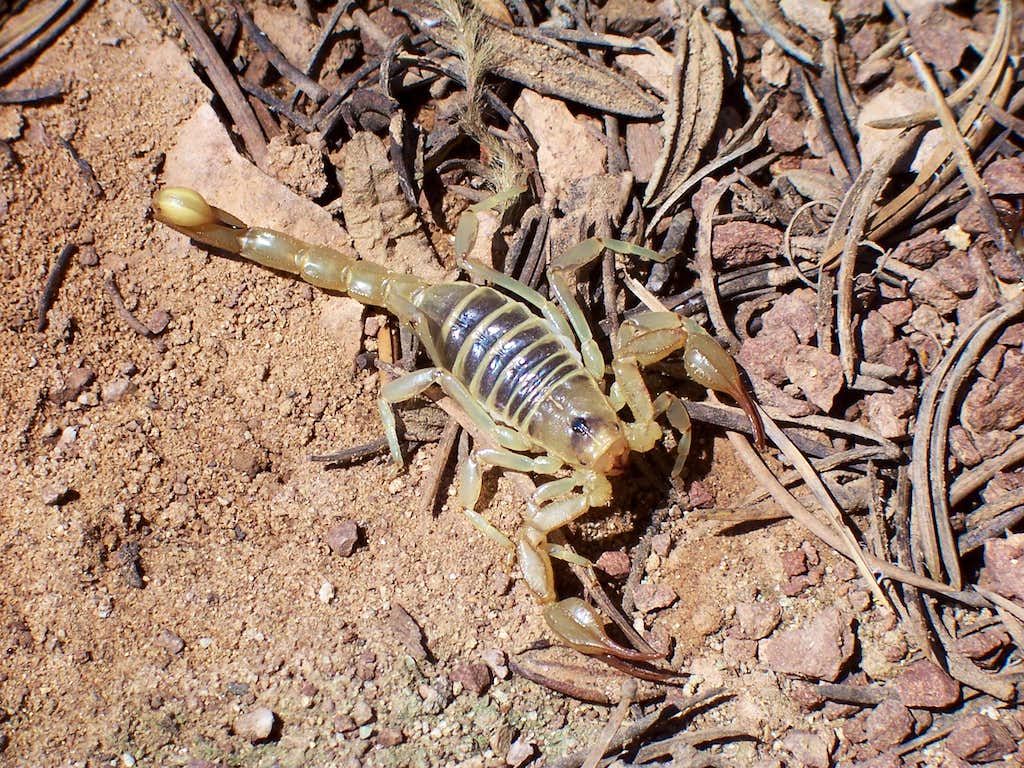 This 3"-4" long Northern Desert Scorpion (Parvoctonus boreus) was lying under a rock when I turned it over in an area in the Bookcliffs (NE Utah). Though it has a painful sting, it is not posionous. It sure had an attitude though!
« PREV NEXT »

Did you know it wasn't poisonous or did you do the ID later?

Fortunately, no humans were injured during the photo shoot of this little guy!
But you're right, I did the ID later at home.
Casticone and I initially thought that it was poisionous due to its size and colour but later realized we weren't in Africa. :o)
Thanks, Arthur!

He looks rather friendly, but we know that isn't true. The photo turned out nice.

These scorpions are also found as far north
as the Oquirrh Mountains west of Utah county.

I used to scoop them up into a glass jar, and
"studied" them when I was a kid. Awesome !!!