Olympos is the highest mountain of Cyprus. As it is located in the southern (Greek) part of the island, which is independent, it is one of Europe's country highpoints. At an elevation of 1952m it ensures that Cyprus is the fourth highest island of the Mediterranean (it is number three in size as well). Olympos is the culmination of the Troodos Range a huge dome which covers the south-western third of the island.

With the ophiolite rocks like harzbugite and diurite, which you find close to the summit it is also a geological showcase. Here, at Cyprus the North-African and Anatolian tectonic Plates collide, which gave rise to the formation of the range (and island) in the first place. During the upheaval the ophiolite rocks of the earth's crust rose to the surface and can now be studied near the summit of Olympos.

While the rest of the island is very dry the area around Olympos is an exception. Here you can find the few creeks which carry water all of the year and vegetation is much more dense than elsewhere. In winter Olympus is often covered by a layer of snow, whhich gave rise to the name Chionistra or snowdome. There are several ski lifts near its top, most of which, however, are operated only for a few days of the year. The ski runs are short (< 1km) and don't cover much elevation difference.

Due to the political situation with Cyprus being divided in a southern Greek and a northern Turkkish part all around the highest part of the Troodos Range you can find military installations. The summit of Olympos is no exception as there are two radar domes on top. The summit area is closed to the public and due to the deep mistrust, which still exists between the two ethnic groups this is not bound to change in the near future.

It is located in Troodos National Forest Park in the centre of the island and covers 9337 hectars. The beauty of the area lies elsewhere: It has a magical touch, because it is wetter, cooler and greener than the rest of the island, and snow usually lies thick from mid-January to mid-March (not on the rest of the island). Due to the combination of warm sun and crisp dry snow, it provides ideal conditions for skiing. A ski lift operates on Mount Olympus and equipment may be hired. The area is also great for a variety of activities such as hiking or mountain-biking.

You can reach the Greek (southern) part of Cyprus from any major airport in Europe. The island has two international airports at Larnaka in the east and Pafos in the south-west. Both airports are connected by motorway A1. You can drive up all the way to the "permitted" highpoint of the mountain right in front of the gate of he radar installations. However, a much better approach is from the village Pano Platres some 600m lower on the south slopes of the mountain (from Pano Platres a road can take you to Troodos Village and the summit).

Accommodation of all kinds is easy to find along the coasts of the island. You can book hotels and apartments from any travel office. Moreover, a lot of British expatriates are living on the island part time. You can get lucky to book one of their winter homes in summer.

The closest habitation is at Troodos Village but judging from the souvenir shops people only live there during the day. The closest real villages are Pano Platres in the south, Platania in the west and the town of Kyperounta in the east of Olympos. You'll be able to find inns, hotels and apartment houses there. 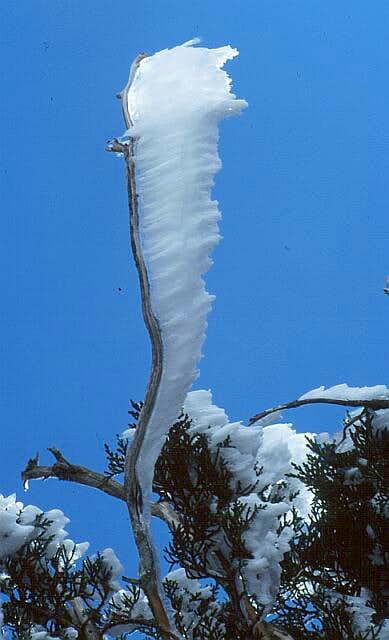 I must admit that I didn't find any decent maps of the island, maybe caused by the military nervousness mentioned above. I have used the following street map:
Cyprus / Chipre / Zypern