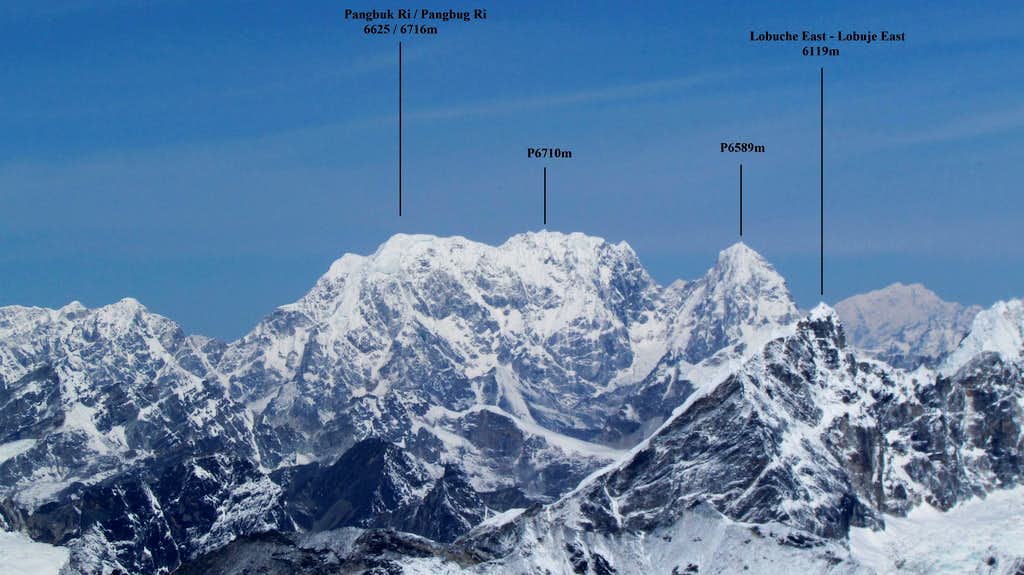 In November of this year (2011) I Climbed the South face with my friend Chad Kellogg. I had been looking at this peak since my climb of Jobo Ringjang in 2009. Look at pictures at alpineextreme.blogspot.com Peace

Thanks David, I've updated the caption.

Annotated photos of the Himalaya, Karakorum, and sub-ranges(Album)