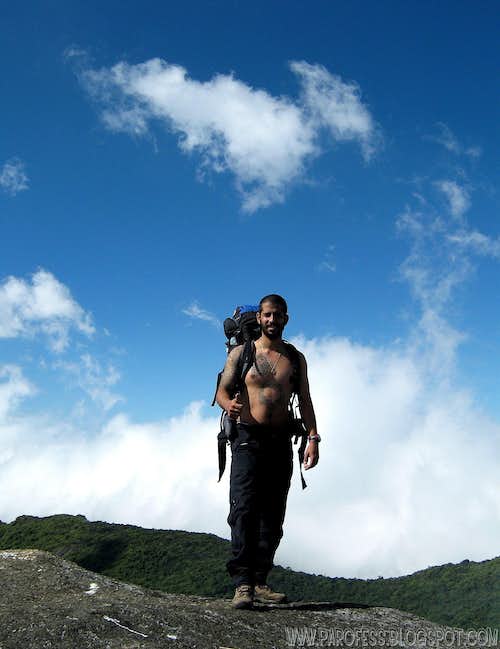 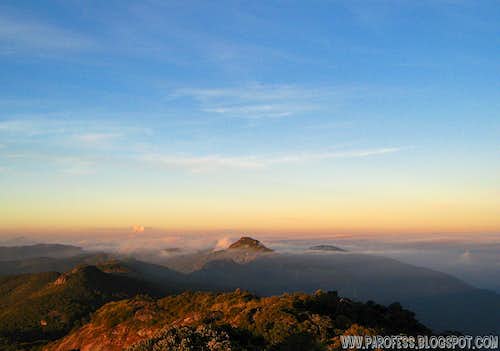 At the last sunlight of the day
Pedra Partida peak is the second highest peak of Monte Verde village, south of Minas Gerais, Brazil, and all the cities nearby. Monte Verde is well known as the “brazilian Switzerland” since the city is actually a small village with one main street and around 20 others crossing that one, with a number 20.000 people living there. The houses and hotels and restaurants at the main street look like european. It is so small that is considered to be part of a bigger city called Camanducaia. The altitude of the city is 1.560 m.
As the second summit and touristic spot, Pedra Partida is often visited, daily, by dozens of people between Monday and Thursday, and at winter time, by hundreds daily between Fridays and Sundays. Sometimes even more then Pico do Selado, the highest Peak there. Monstly tourists looking for some ice in the woods, which can be found in winter since the temperature can easily drop to –5°C and of course, there’s the humidity typical of the brazilian rainforests.
In 2008, Monte Verde won the title of best winter destination in Brazil. In 2009, the title of most romantic city in the poll held by the site Viajeaqui http://viajeaqui.abril.com.br/especiais/cidades-romanticas-2009 and Quatro Rodas magazine, published by Editora Abril. If it were a city, it would be the second highest city of Brazil, the first one is Campos de Jordão, at 1.628 m high. Also a touristic winter place. Several agencies and guides take people daily to the Peak, low prices. The lowest temperature ever recorded in Monte Verde was: –14°C! Pretty cold ah?!

Main mountain page photo: Pedra Partida Peak is the middle reaching out the mist, highest point in the image. View from Pico do Selado summit at 2.083m.

Look for this!
That’s the main problem. If you go by car, from Camanducaia there is a sand road to get up there. If you go by bus, from São Paulo or Rio take a bus to Camanducaia, south of Minas Gerais. From there 4 buses depart to the village daily. It is really cheap. If you lose the last bus, it’s better to spend the night at Camanducaia and leave in the morning.

The trail: Very easy, you can’t miss it. Once you get in the city look for the street that has a sign that says "Pedra Redonda e Pedra Partida" at the corner. It is just a couple blocks down the street for Selado Peak. Take that street and keep going up until you reach a huge parking lot (around 1 hour walking up!). At your right there will be a sign telling you where to go: Right to Pico Chapéu do Bispo, left to Pedra Redonda, take the left. After a while like half an hour, another sign will tell you to turn left to follow the trail to Pedra Partida, just another 45 minutes. Follow the wide open trail to the summit. At this mountain there is no visitors book, but there is rock climbing routes, sport and to rope routes. Nice to set up camp at this summit to enjoy a sunrise with nothing ahead of you, just a gorgeous sea of clouds! 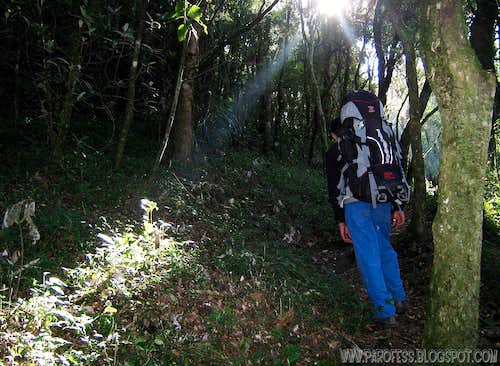 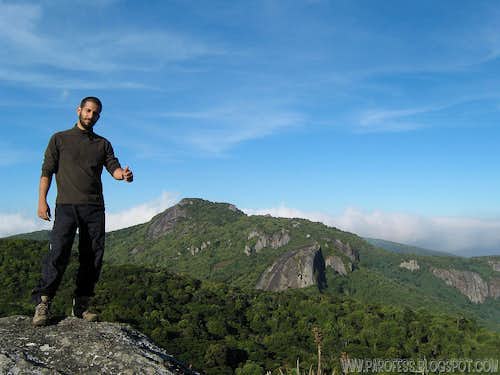 Pedra Partida and Pedra Redonda from the summit of Chapéu do Bispo at 2030m. 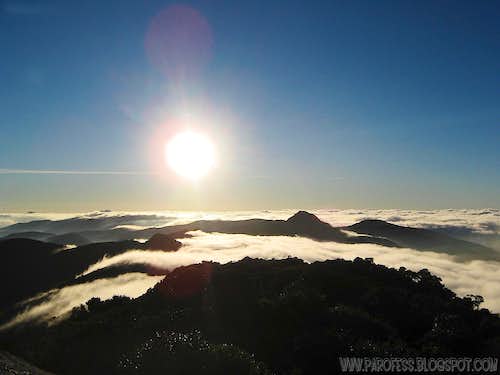 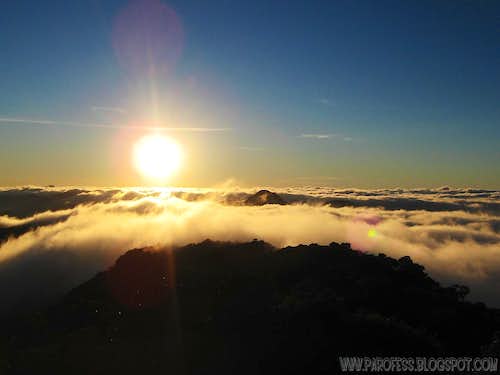 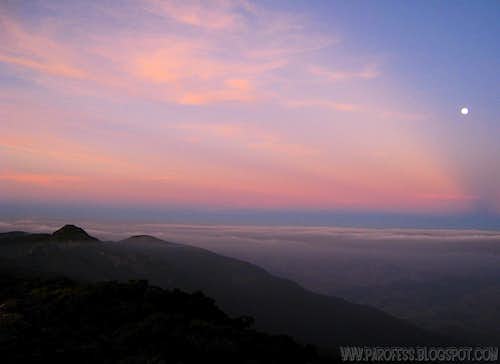 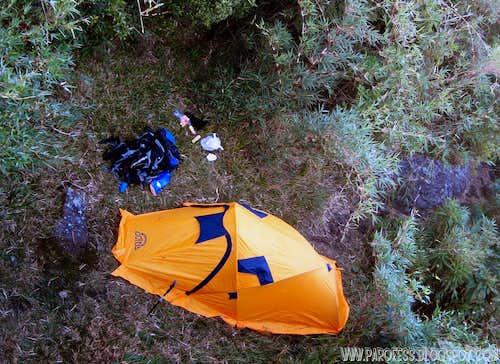 Camping at the base of Selado Peak
Anywhere you want. Just respect the nature and wildlife. That is a really good place to camp by the summit block of Selado Peak. It is protected from winds and tourists.

Video from the summit of Selado Peak at sunset time. 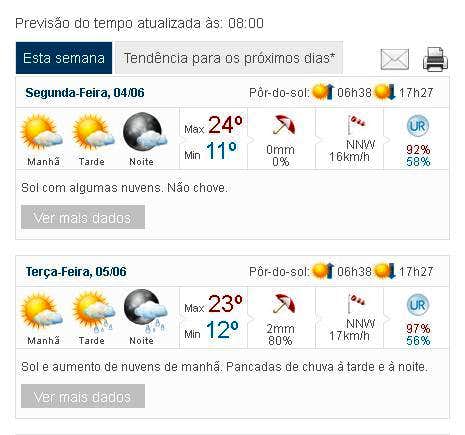