In the Midwestern USA, you grab your nature in wherever you find it, usually in small doses.  Wisconsin has been delighting me lately with a number of small beautiful natural areas that are both off the beaten path and out of the ordinary for the Midwestern US. One such place is the small sandstone canyon called Pewit’s Nest.

Tucked inside Wisconsin’s ancient Baraboo Range, among the oldest exposed rocks on earth, is a 200 yard sandstone canyon that offers a nice diversion when visiting Devils Lake, the crown quartzite jewel of the state’s park system.

This little canyon will take you less than hour but give you a splendid pocketful of canyon scenery, with walls 30-40 feet above you and a couple of narrow areas with waterfalls.

Drive west of the intersection of US Route 12 and County W in Baraboo, Wisconsin.  In the space of 1.5 miles the road will turn south, then west again right at the point where the small signed parking area for Pewits Nest is found south of the road. 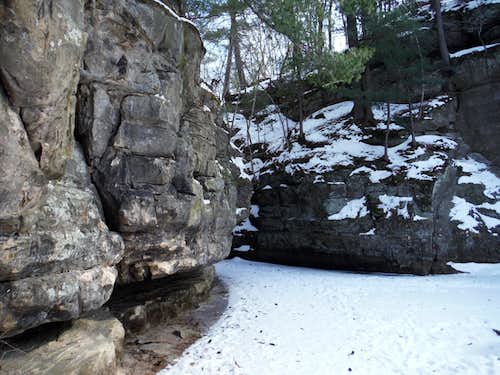 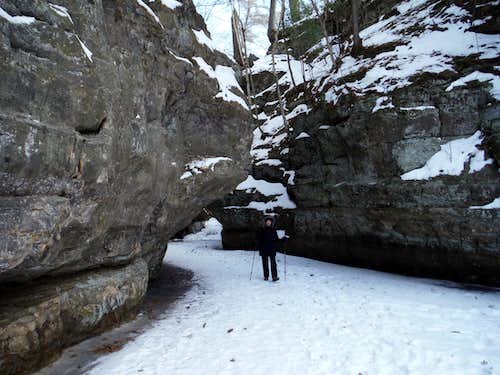 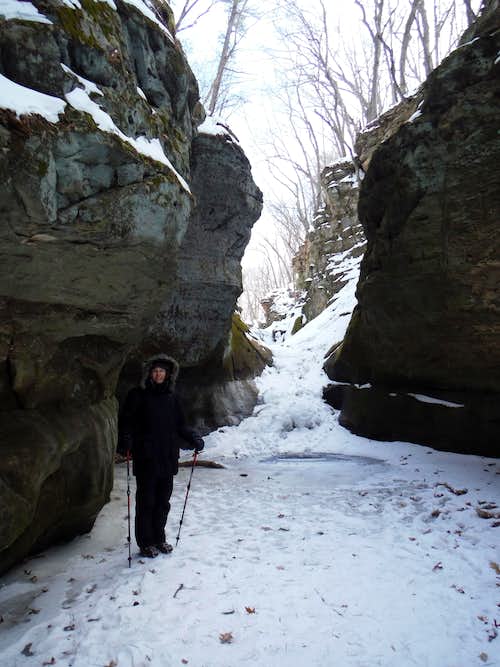 Walking along the gorge is always an option. Travelling inside the gorge is beautiful but will take some judgement on your part.  While the canyon is small there are a couple of narrow fall chutes. I traveled in the gorge in mid-February starting at the downstream end but there was still a healthy flow under the ice, even at 2 degrees below zero(F).  The 2 sets of frozen falls (both about 6 feet) made me glad we had microspikes. 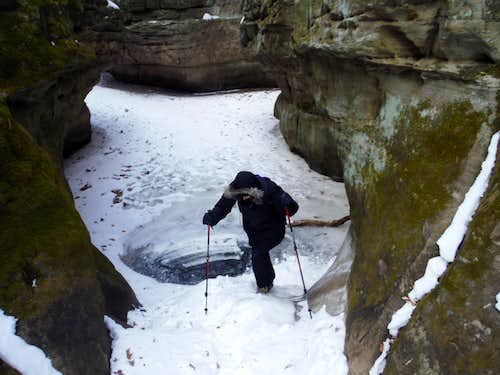 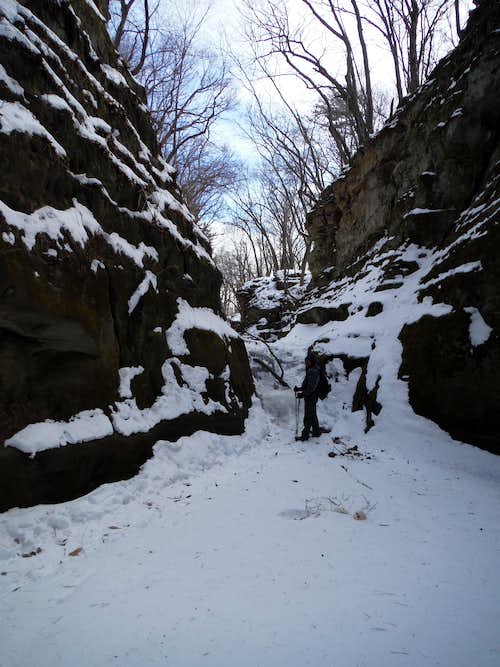 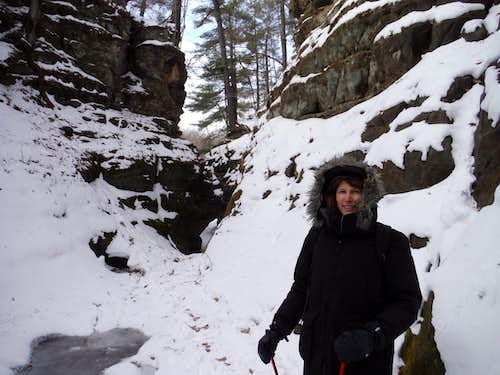 Pewit's Nest - Looking Back Down Canyon

After a beautiful but brief hike through the gradually opening canyon you will reach the end, where you can make a left turn and walk back above the gorge. 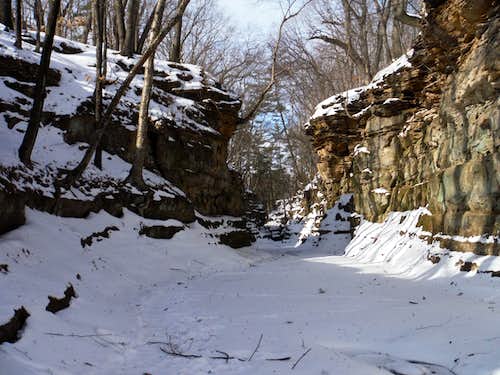 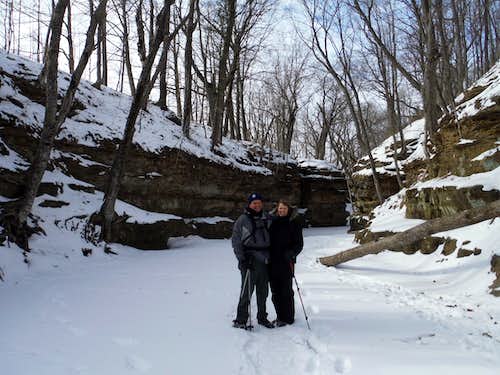 In summer I have no experience, but pictures I have seen make it clear that Pewit's Nest is a green eden (If someone has photos of the gorge in summer I will add them).  I imagine the canyon might be a blast as a swimming hole on some days but dangerous on others, depending on the water’s flow and depth.  Common sense, safety precautions and a healthy respect for the power of flowing water should always be taken along.

The 40 foot sandstone gorge was formed when the glacial lake Baraboo drained during the last era of glacial retreat.  Apparently a watermill existed at the lower end of the gorge and an individual lived on site in a cave ten feet up the side of the gorge wall. Early settlers started calling the small abode "Peewit's Nest" for its resemblance to the nest of a phoebe (or peewit, an earlier name for the bird).

There is no evidence of a water wheel that I could see but we heard the calls of what I think are peewits during our hike in February (pheeee-bee).

There were no fees requested at the Parking area for this Wisconsin State Natural Area.  A sign states that Pewit's Nest is open daily 6:00 a.m. - 8:00 p.m. Food and beverage are not allowed in the natural area. Climbing on or jumping from rocks is prohibited.