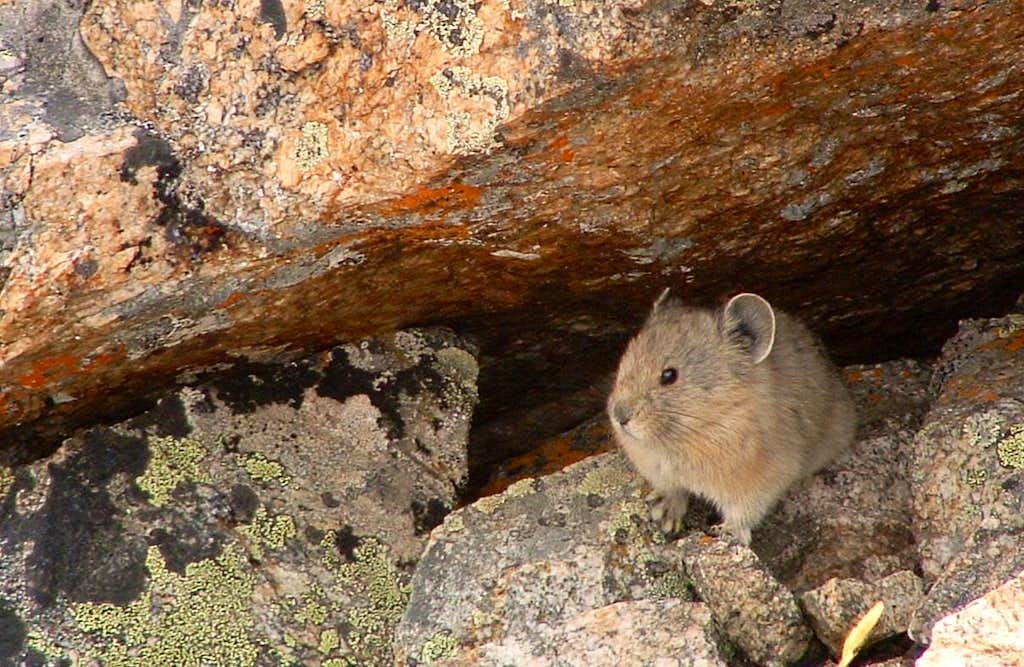 that the pika will be one of the first mammals to go extinct in the USA from the effects of global warming.

I've hear the same thing. Many wildlife biologists are worried the Pica which lives mainly at higher elevations will be go extinct because different populations will become too isolated from each other to keep the gene pool varied.

I'm not sure I agree. I've been paying closer attention to where I see (and hear) Picas as I hike and climb. This year I've noticed that at least in the Bitterroot Mountains there are many more Picas at elevations lower than I've ever seen them before.

I think many "professional" biologist have a tendency to cry wolf a bit early and forget just how adaptable wild animals really are. The urge to mate is a strong one, right up there with the desire to eat and self-preservation. Though global warming may push Picas out of their comfort zone, I'm not quite ready to say it will cause them to go extinct, at least in the short term.