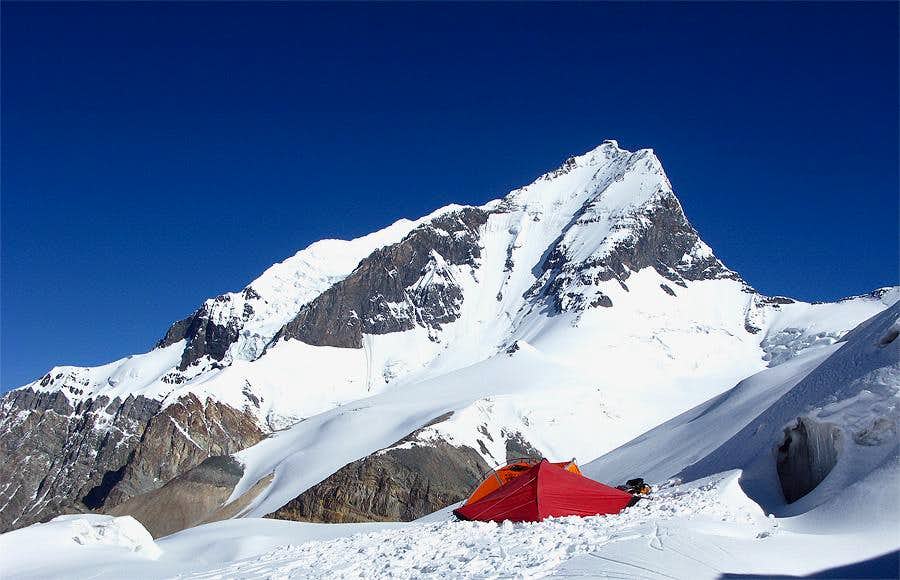 Thanks, Tazz!
Surely one of my most scenic campspots. The skiing the day after was great, too.
SM

Wonderful and rare view of Korjenevskaya Peak! Your red tent gives a nic colour shot to the picture. Congratulations!

That's what we live for !!! I hope to get there some day in the near future...