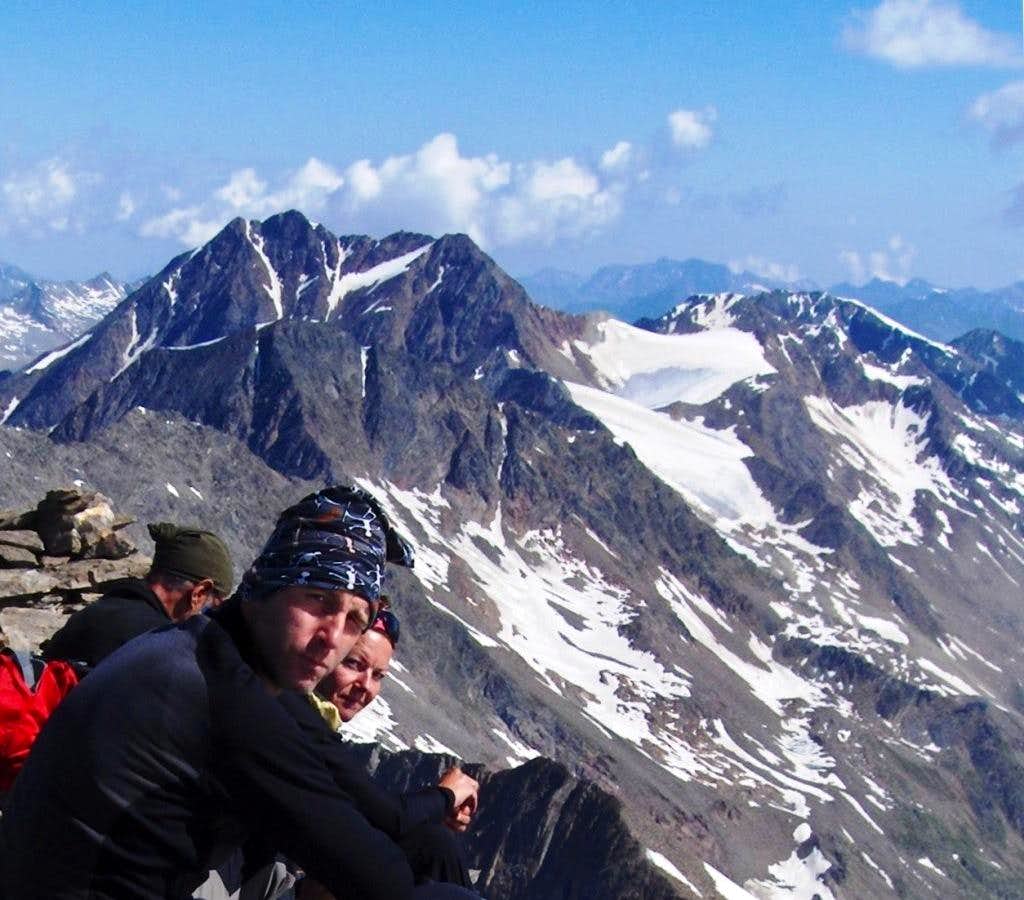 Looking north from the Schalfkogel (3540m), the Ramolkogel dominates the view. It has several named summits. The true summit, the Großer Ramolkogel (3550m), is clearly visible on the left as the highest point in the picture. Follow the ridge to the right, and right before the steep rock ridge down to the glacier lies the Mittlerer Ramolkogel (3518m). The Nördlicher Ramolkogel (3428m) lies to the right of the glacier - it looks broad and flat, but that's just an illusion caused by the Gampleskogel (3408m) which is just 2 km behind it. Note that we're looking down on these two summits, as this picture was taken from a slightly higher viewpoint. And finally, there is the Kleiner Ramolkogel (3351m), which is a barely noticable knob on the south ridge coming off the Mittlerer. I can barely make it out myself. The Hinterer Spiegelkogel (3426m) is also visible. It's directly in front of the Großer Ramolkogel, but hardly noticeable. 11 July 2008.
« PREV NEXT »