Jake Robinson
Add photos See all photos
I haven't done any trip reports here for far too long. In keeping with the tradition of doing TR's for climbs I've done with my family, I've decided to share an account of a climb of Sahale Mountain I did with my mom.

Sahale was on my radar for a while but for whatever reason I hadn't gotten around to it yet. After climbing Black Peak two days ago (my first time in the North Cascades), I was bound and determined to return to the area as soon as possible. I had today off and the forecast looked good, so I decided it was a perfect day to go for Sahale.

We started hiking the annoyingly long and buggy Cascade Pass trail at 9:30 and made it to the pass in just over an hour. The scenery really started getting good as we ascended Sahale Arm. Exceptional views of Eldorado and Forbidden distracted me from the consistent uphill. 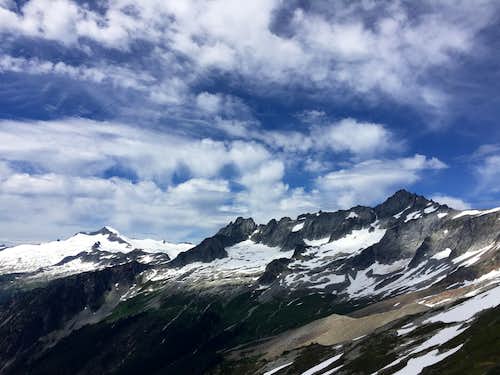 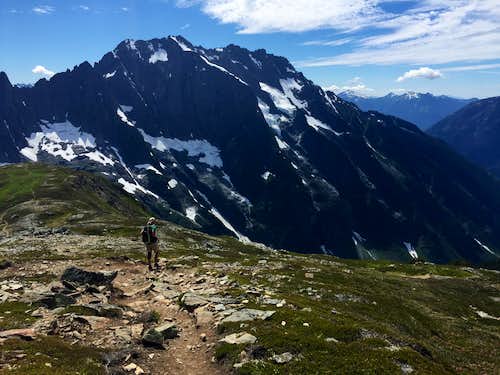 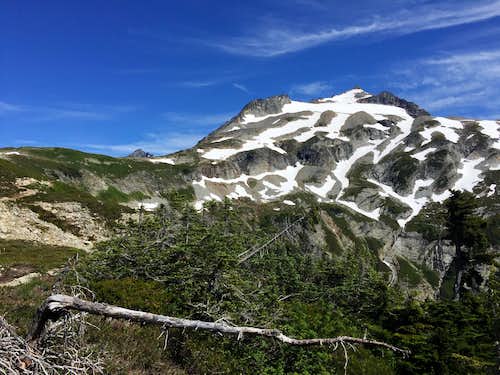 Looking up the route

When we got to Sahale Glacier we found the snow to be extremely soft and secure, perfect for kicking steps. There was one small open crevasse on the right side that was easily bypassed by taking the well trodden boot path up and around it to the left. We arrived at the summit block 3 hours and 20 minutes after leaving the car. My mom decided to stop here and let me do the scramble on my own. 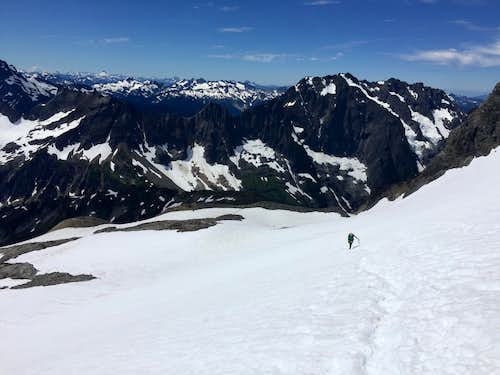 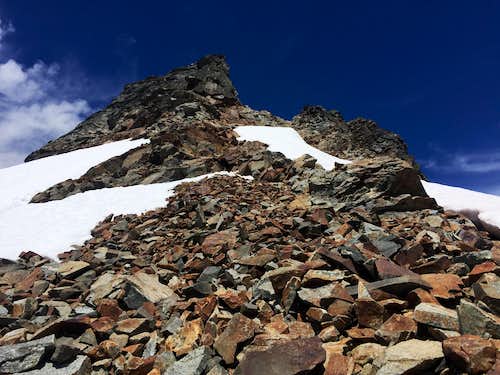 Arriving at the summit block

I had read conflicting reports about the severity of the scramble on the summit block, ranging anywhere from "straightforward class 3" to "low fifth class rock climb." Overall I'd say there was a small section of solid class four but I felt totally fine without a rope. I started off on some very secure (and exposed) class 3 on the south side of the block and traversed up and right. The scrambling was comfortable and easy, but a fall would have been very ugly. After that it was only a few thoughtful (and significantly less exposed) class 4 moves up to the summit. The views were outstanding! Baker, Shuksan, Eldorado, Forbidden, Buckner, Logan, Boston, Dome, Bonanza...the amount of classic North Cascades peaks visible from here is truly amazing. Further to the south was Glacier Peak and Mount Rainier. The air was so clear I could even plainly see The Brothers, all the way down in the southern Olympics. After taking a few pictures I carefully reversed the scramble route and regrouped with my mom. 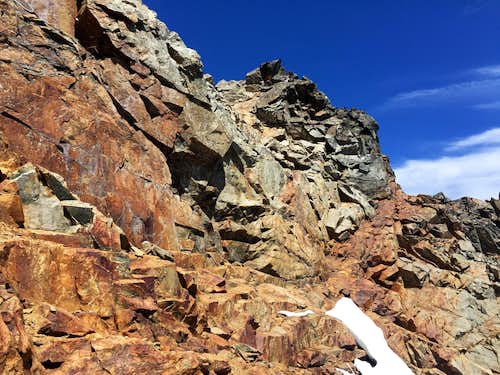 Route traverses right on blocky terrain, then up and left 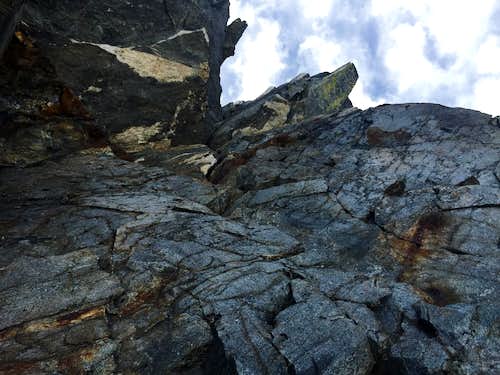 Class 4 to the top 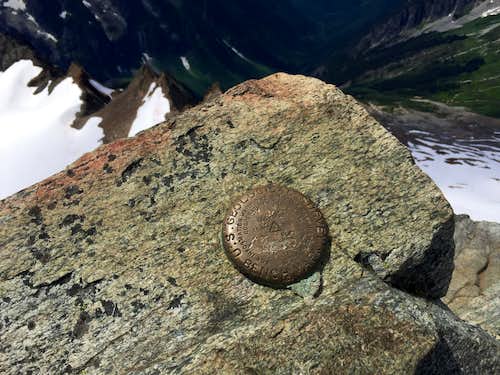 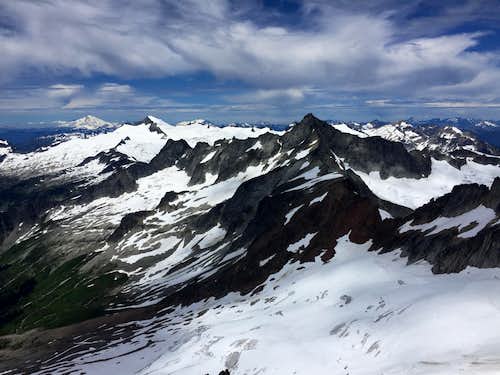 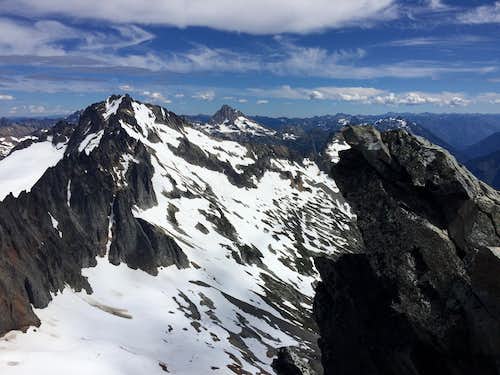 
After some fun glissading we lounged at the Sahale Glacier camp for a while and then headed down. Massive ice and rock falls kept ripping down Mount Johannesburg - definitely ok with not climbing this one. We took our time descending Sahale Arm and snapped lots of pictures.

The mosquitoes were especially bloodthirsty on the way down from Cascade Pass, so I all but jogged from there back to the car. Another excellent day in the mountains! I feel extremely fortunate to have family that shares my passion for the outdoors. We both really enjoyed this trip - here's to many more!


Side note: I saw some comments on a photo somewhere that claimed Josh Lewis' scramble beta from the route page was wrong, and the route was entirely fifth class. Josh's description is definitely correct and very easy to follow, so I have no idea what they were talking about.

Sahale has long been on my radar screen and your excellent account only adds to my desire to reach that airy summit myself Thanks! 10/10 for your efforts, by the way

Re: Fun to read TR

Thanks for the kind words Joel!