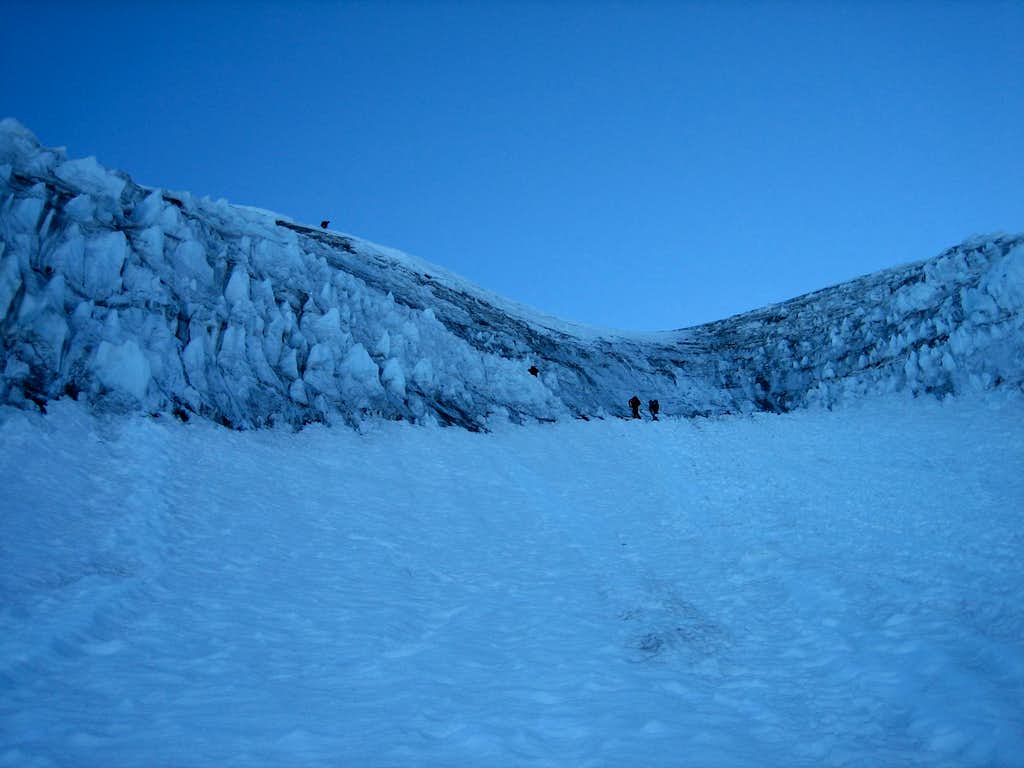 8-July-2006: Second pitch of Kautz glacier route. This route changes from snow to exposed glacier ice as the season progresses.
The party ahead of us in this picture chose a line which may have appeared to be easier, but topped out near some large crevasses - we decided to climb straight up the most obvious line and encountered 40-50 degree ice with fairly pronounced features and rests. The glacier ice took picks and points well and held screws securely.
Some of the ice pinnacles can be used as rap anchors for descending. We also found a secure snow anchor about 75m above the base of this pitch (probably buried pickets ?)
(the first pitch was simply snow, and easily climbed / descended, but as the season goes on it will probably ice up)
« PREV NEXT »

...on your summit Rob. Thanks for posting those cool photos - they bring back good memories. It's a big mountain...

Thanks Kris ! It's a beautiful mountain too, with so many great lines.

Great beta photos and descriptions, example of what SP is all about in the end.

Thanks Dow ! btw if you run into Peter V., you might ask him to show you the nut tool he picked up in Yosemite Valley :)

hey Rob..flying down to help my daughter get established at Berkeley and then Peter, Nayden and I will "climb" our way back to Canada. I am sure he will get a chance to put it to good use. I just hope he can keep that damn truck running long enough to get us home. Cheers.