After a failed attempt on the winter route on NYE 2012, I decided to play hooky and head up mid-week during a period of favorable weather. I left Tumwater at 0330 and was to the trailhead by 0600. The roads were clear until the junction with the road leading to the climber's bivouac. However, they are not bad just a bit icy.

The trailhead is located on the north loop of the parking area and is well marked. I left the parking lot at 0615 while it was still dark. The trail is well used and easy to follow. Make sure you have a map of the area though to ensure that you chose the correct way. 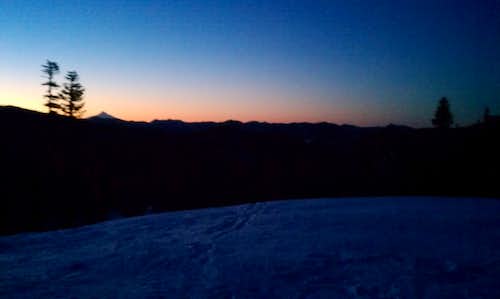 Sun rising to the Southeast of Helen's.

I gained the treeline within an hour and was treated to some amazing views as the sun rose. As you cross Swift Creek, the route is still obvious due to tall the traffic it sees. Fortunately for me, I saw only one other party at this point and had left them behind. You will follow the route up the ridgeline. While the snow had been deep powder on my previous attempt, this time it was frozen pretty hard. I kept my snowshoes on for their added grip as the slope steepened. 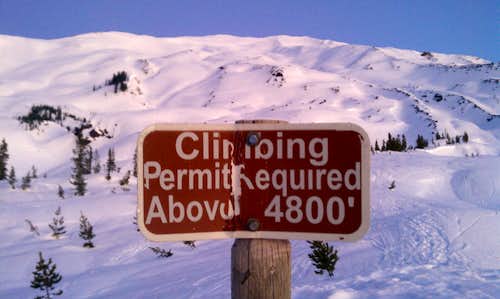 Rising above the treeline 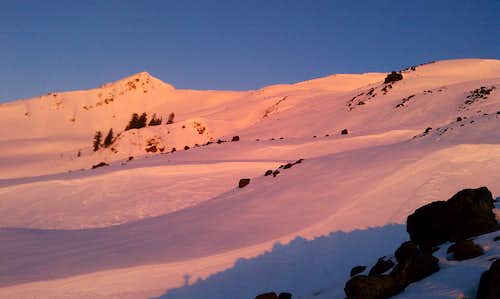 Sun hitting the slopes of the mountian. What a beautiful day!

Eventually I switched to my microspikes which were adequate for the snow as it wasn't too icy. In some areas I would've preferred some actual crampons but no big deal. I continued to follow the footsteps up and up. Don't be fooled by the mountains lower elevation, this is a slog! 5,500' vertical feet of gain does not go quickly. Eventually I reached the crater rim at 1115 and was treated to some absolutely amazing views! The weather could not be more perfect. It felt more like May than January. I did make the traverse to the true summit to the West. Most people had been descending from the rim. 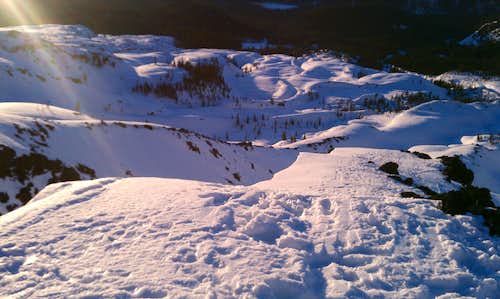 Looking back down the route

I gained access to the true summit at 1145, took a 15 minute break and headed down. Descent was uneventful other than you'd plunge step for ten steps, then hit rib of rock hard snow which would throw off your footing. Just take your time and be careful. None of the slopes are too steep so self arrest shouldn't be much of an issue if you do fall. I returned to the trailhead by 1530. An unforgettable day! 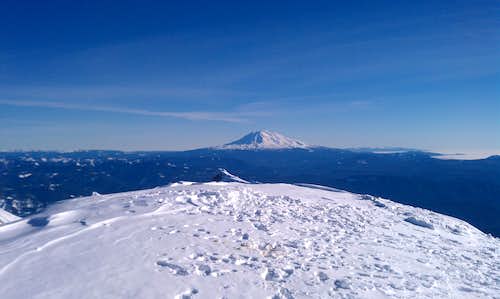 A shot of Adams from the summit 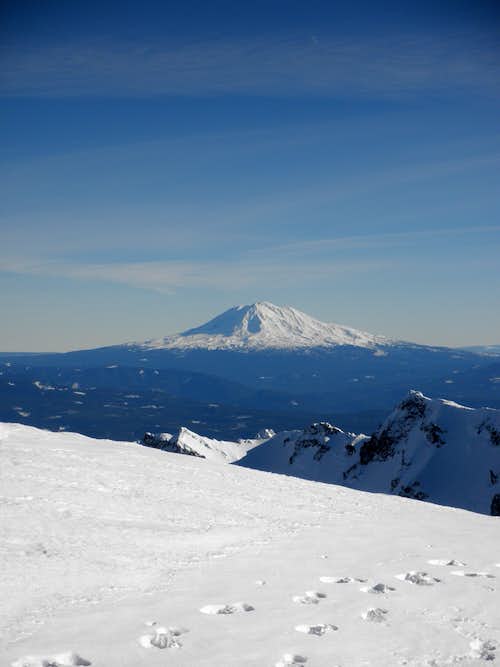 Another shot of Adams 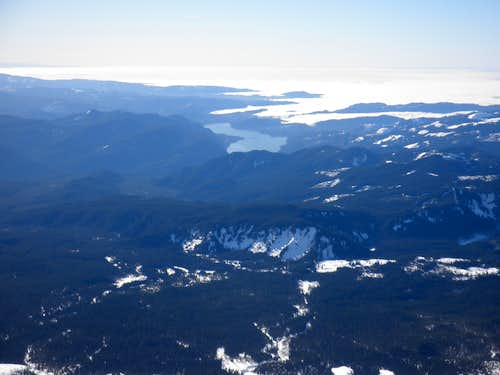 Looking south into the inversion layer above the valley floors