First ascent: 1974 by the University of New Mexico Mountaineering Club

The south face of Cabezon is a loose and chossy. The summit is capped with a vertical cliff of volcanic ash comglomerate that is very soft and loose, like vertical dirt. 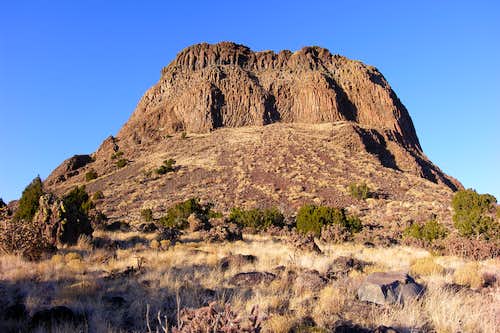 The South-Southwest Face of Cabezon Peak, by strudolyubov.

The dark rock capping the summit is a vertical volcanic ash conglomerate. At the base of the ash conglomerate is a large class 2/3 ledge system that extends almost all the way across the south face.

The S Face route described here ascends the 2nd pillar (from the left), and then straight up through the vertical ash conglomerate summit cliff.

The climbing is very easy 5th class - until the final summit pitch.

During our climb, my brother free-climbing the final pitch without a belay, because there was no belay at the bottom and no protection on the pitch. He hauled the rope behind him to give us a top rope, but there was no belay on the summit, either. During his lead, we hid under small overhangs to avoid the massive barrage of rocks that he was sending down from the ash conglomerate pitch.

The summit is a steep sloping pitch of scree, so be prepared to use a scree/rock bollard for a psychological belay.

It is unclear how many times this general route has been climbed. The photos below are from an ascent of the south face in the 1990s, which may be the 2nd ascent, although the exact lines of the 1st and 2nd ascents are not clear. 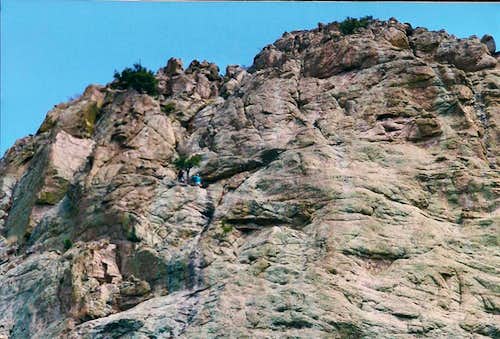 Climbing the lower pitches of the face 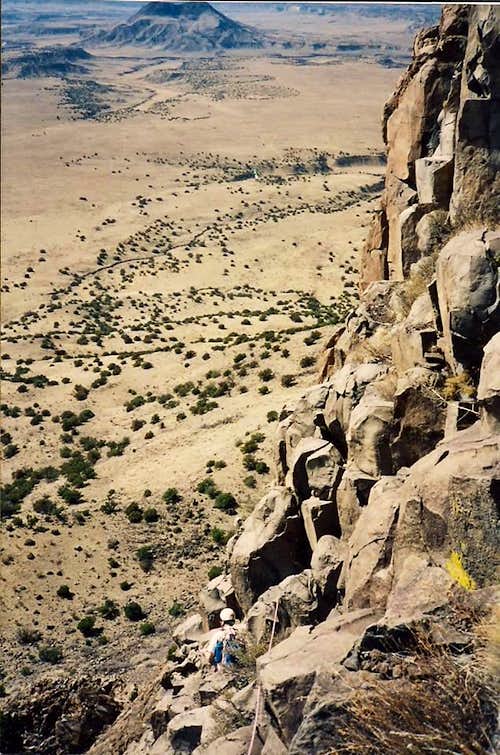 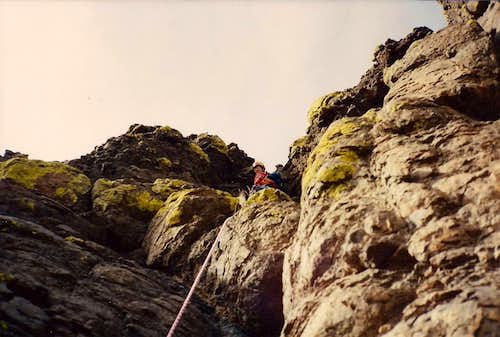 The final death pitch (5.7x) of the South Face