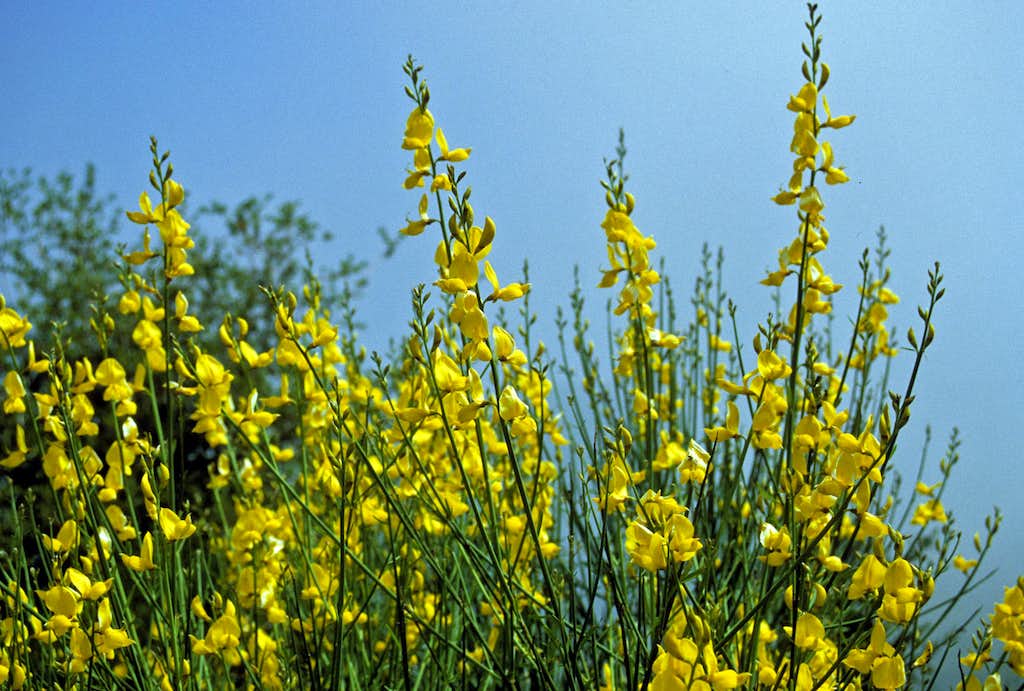 Seen in the Santa Monica Mountains of Southern California. Many thanks to SP member Tarol, who identified this plant. Spanish Broom (Spartium junceum) is not a native species in Southern California but rather native to the Mediterranean region in southern Europe, southwest Asia, and northwest Africa. It has been introduced into many other areas, e.g. Southern California, where it is regarded as rather invasive.
« PREV NEXT »

yellow Snapdragons. I'm not familiar
with the CA wildflowers - if you could
get hold of Sp-member 'tarrol,' then
she might know.

thanks. I honestly have a very limited knowledge about the local flora here in Southern California, which is quite embarrassing. I will try to contact Tarol to find out more.

Apparently not a native species

Thanks again. Spanish Broom it is.