Termites attack on the Kaleetan Climb

Termites attack on the Kaleetan Climb 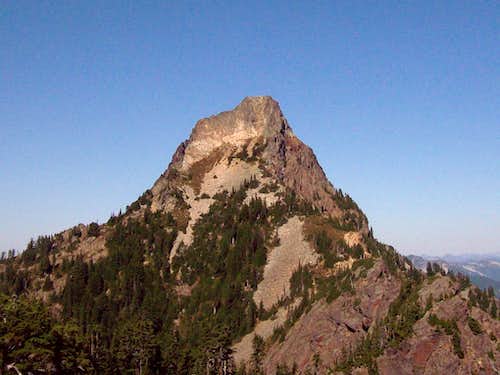 Though Kaleetan Peak is not the largest mountain in the I-90 corridor it looks extremely impressive from all views. Most people who see it from Granite, Snoqualmie or other summits in this region often stare at it in awe of this Arrow shape mountain. The peak looks quiet unapproachable from all sides and is downright intimidating. I know many times in this region I thought to myself that I would never ba able to get on this peak. I read Klenke's page but I could not believe that this peak was only an easy Class 3 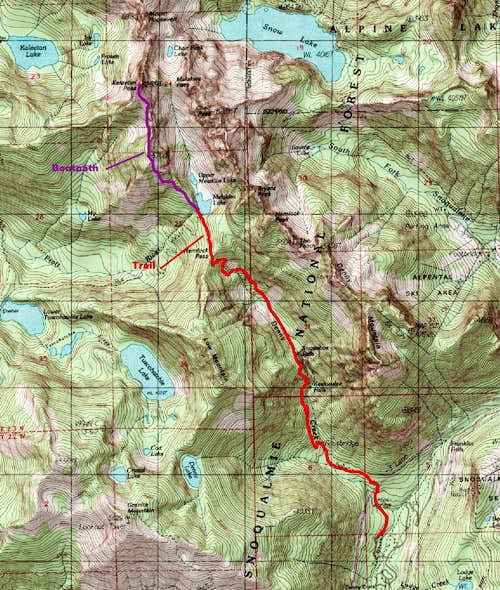 Well I said the same to Rainier and it went down this year, so it was now time for Kaleetan. QueztalCoatl had many talking about Kaleetan for a very long time and though I looked at him like he was crazy, this September I knew I had to step it up if I was going to ever have the confidence to go after Ingalls, Shuksan, Sahale, Stuart, and maybe Bonanza. Kaleetan was my stepping zone and it was time for me to step it up. 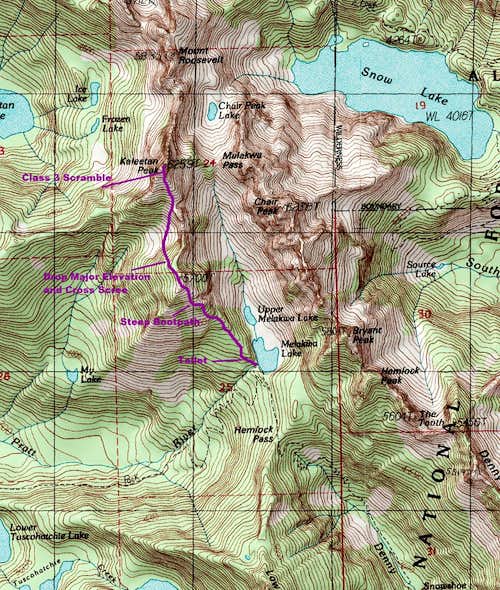 Kaleetan Map 2
Everything on my climb up Kaleetan set up perfectly. QuetzalCoatl did a great job organizing this trip and getting the maps ready. We also had a very strong crew for this trip. Our friends Aaron (companion on Shasta) and James (companion on Baker and Rainier) were a great set of hikers on this mountain. They are both experienced and have great chemistry with us. With great pre-trip organization, great hiking members, all it came down to here was execution.

We all met at the trailhead at 8:00 and began the journey. We made good time on the first stretch of the trip, naking it to Malakwa Lake in a little over an hour and a have. It was clear the trip was off to a good start. I won't go into heavy details on the first section because it was all trail up to the lake and outside of a pretty couple of waterfalls, nothing clearly specail about the trail. After the first stretch we took a quick water and food refuel and continued on.

The second leg of the trip was a little different and a little more time consuming. Luckily Curtis's printout of the Summitpost page and one important addition made finding the bootpath near the outhouse very easy. The little bit up to Pt. 5701 was steep and somewhat scrambly in places but nothing too hard. Once we broke on to the highpoint of Pt 5701 we had a good shot of Kaleetan. It still looked pretty intimidating and I scratched my head at that one, but I pressed on.

We started on the ridge then went down into the western gully. At this point my knee was get sore so I slowed it up a little. It was steep getting down but I could tell it was a ton easier than staying on the ridge. We then passed through a talus field on the upper level of the gully and followed the route back up to ridge. Headin up at one point QuetzalCoatl ran into a marmot which looked like it was ready to attack him. He stepped away but all of us kept a close eye on that marmot. Slowly but surely we were getting closer to that final scramble and it was still looking pretty tough.

We kept head up and through mixed scree fields, talus fields and some bushes until finally we were at the base of the gully. That is when we realized, this gully isn't that bad at all. It was steep, but to be honest if you fell you my be fairly injured but death on this scramble is unlikely unless you are really unlucky. Klenke's easy Class 3 rating is accurate here. And as it is on the low end of the Class 3 rating. There was a mixture of some lose stuff and solid rock. We took our time going up the steeper gully but James really did a good job stepping up hear and quickly picking the way through the route. Very soon we were done with the scramble and were soon on the summit. 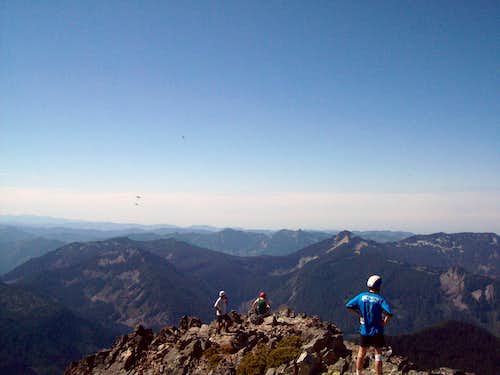 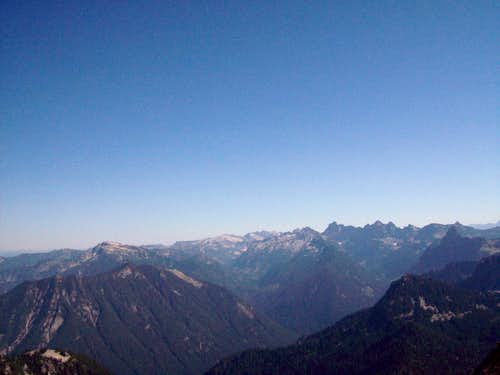 I have heard this summit is airy but I personally have seen worse. We made it to the summit in three hours and fourty five minutes which was quicker than I was expecting. I was sure to touch any rock I saw to make sure that I had the true summit. There is though enough space on the summit area for a medium size group. Unfortunately there is also a very large termite nest hear. And those termite are vicious. Though they do not bite they swarmed all over us, making life hell for us. I tried to rest but the termite swarmed me real bad. I felt as if I was in some horror movie. I had not experienced something like this ever. About the only thing I could be greatful for is that it wasn't a hornets nest or a black fly area. I would have been totally tattooed if that were the case.

But the termites made there message know and within thirty minutes we were off the summit and heading down the gully. Going down is always tougher that going up but this gully was not bad going down at all. Care had to be used when going down, but James and QuetzalCoatl did a good job picking out the route down the gully and we were heading down. We made it down the gully incident free and were on our way back. 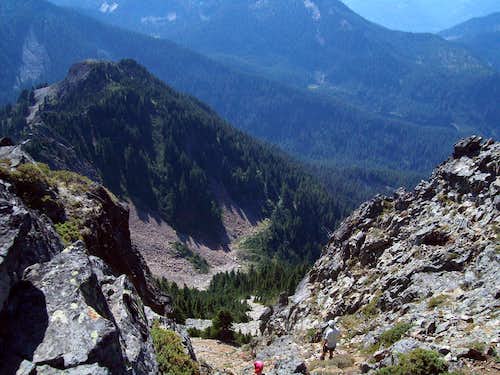 Looking down the gully

On the way back though I was going much slower than average. My left knee was acting up a little and I was much more reliant on my hiking poles. Luckily we all stayed close together and my knee after getting back to Pt. 5071 was back to normal. Heading down the bootpath from 5701 to Malakwa Lake was not easy, but we managed to get down it pretty good. We made it back to Malakwa Lake in about the same time we went up from Malakwa Lake to the summit, two hours.

After sitting at the lake we ran into another party who approached the summit from another side and got cliffed out. We gave them directions and told them to head our way the next time. We also got to enjoy a now crowded Malakwa Lake and ate a little before heading back now the Danny Creek Trail.

We rushed down this trail at time jogging and made it down in a hour and fifteen minutes. On the way down we must have passed at least 80 people going up the trail. That trail is very popular on weekends. Luckily most are scared off my Kaleetan's formidable appearance. Soon though we were down and away from any termites (who luckily didn't follow us).

I'd like to thank Klenke for putting this peak on SP and the addition by a user about stating where the boot path to Kaleetan starts. I also like to thank QuetzalCoatl for great organization, and all of us for great execution on this trip. It was a job well done and a great peak to bag. Now on to next week!!!!

Kaleetan is a great one!

I don't know what the deal is this year but all the summit I have visited in that area have been swarming with flying ants. Great Report!

Seems strange, but I have seen all sorts of flies and such on high summits. BTW, it was first climbed by C.G. Morrison and George Wright and it was 1916 from what I read. I loved my one and only climb of it. It had been on my list for a long time. We spent the night at Melakwa lake and summited the next day and came back and took a swim in the lake. Some loose rock in the final gully, but no technical difficulties.