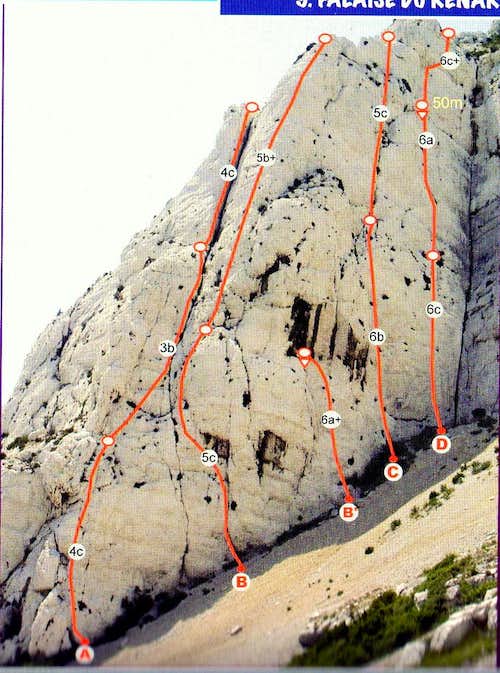 The spur on the Renard and its left wall 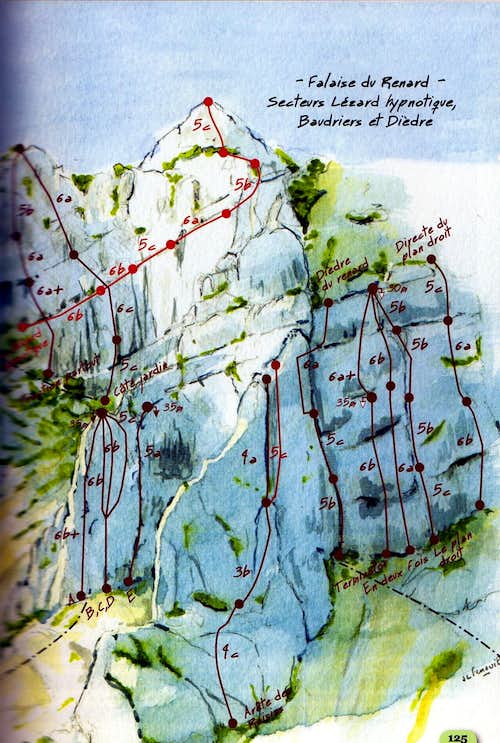 It is one of the nicest route of mild difficulty which I opened in one of the most beautiful part of the Calanques and above the sea, in Morgiou, on the 'Renard' (fox) cliff before the end of the Morgiou promontory where one can see the remains of a fortress supposed to have been built in 1614, used by the British to help the French royalists of the counter-revolution in 1793. Napoléon Bonaparte had a battery of sea guns installed in 1810 to prevent attacks from the British fleet on the French merchant vessels which could take refuge in the Calanques of Morgiou and Sormiou. The British took the battery over in March 1813 and threw the guns into the sea. The 2 batteries, 8 canons could shoot 20kg cannonballs. The fort was taken back in May and then abandonned. In 1970 Sormiou divers found 3 guns and several cannonballs. The British will be interested to know that the British commanding the 'Morgiou garrison' was Hudson Lowe who was Napoléon's jailer at the Saint-Helen island.

I did the 1rst ascent of this route 1970 with 'Baffo' (in French slang: the 'mustachio'), Roger Lepage a long time rope partner of the great Georges Livanos ('The Greek') who opened some 500 routes in the Calanques. At the time, this spur had repelled a number of 1rst ascent contenders as the key pitch (the 2nd) has no crack and modern techniques were not in use then. 'Baffo' as 'The Greek' were champions on aided routes but on free climbing with the perspective of no protection, they backed down. Roger then had the idea to get me to lead it as I was renowned to be not so good at all on aided routes but fairly good at free climbing with little protection.

The first pitch is quite normal climbing, but the second pitch is a marvel. It is just a good grade V all the way, on a superb all white rock with tiny but very good holds and I led it, just putting one peg in the 30 m pitch.

Today as it has become a classic in that grade, it is bolted (a bit too much - I remember at least 5) but it remains the same beautiful and enjoyable piece of climbing.

When you are on the top of the spur, you should go up about 15 meters and then to your left to join 'The baudriers' (the harnesses) route. It adds 3 nice pitches also of mild difficulty (IV+, V). 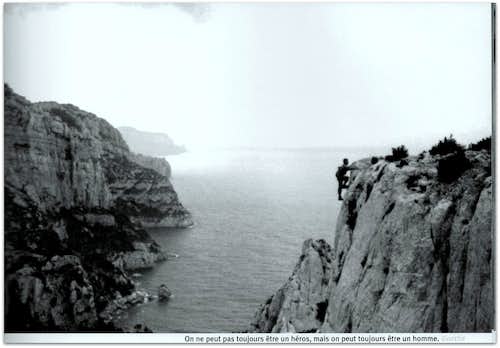 At the top of the Renard - 'One cannot always be a hero, but one can always be a man' - Goethe

How to get to Morgiou: 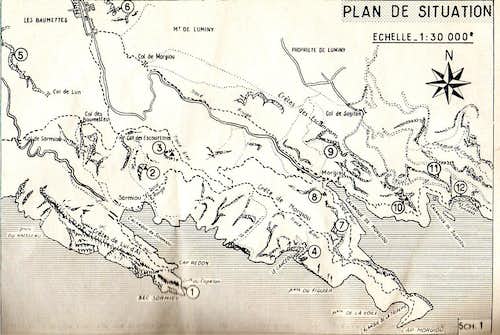 Described in all the Calanques guide books and as per the line B shown on the picture of the routes above.

For those who want to do more, the nicest route but more difficult is the line D, the "plan gauche direct" (6C), and there are also some nice routes on the "plan droit" of the dihedral, particularly 'Le plan Droit' (5c) and 'En deux fois' (6b). 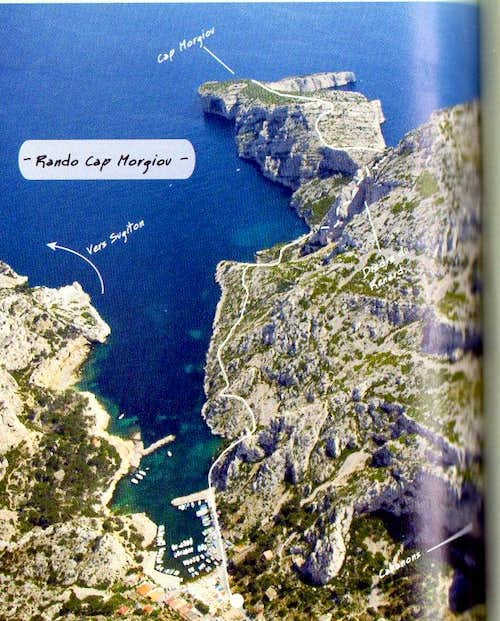 Photo of the Renard and Morgiou promontory

as light as you can ! Just a few carabiners will do. 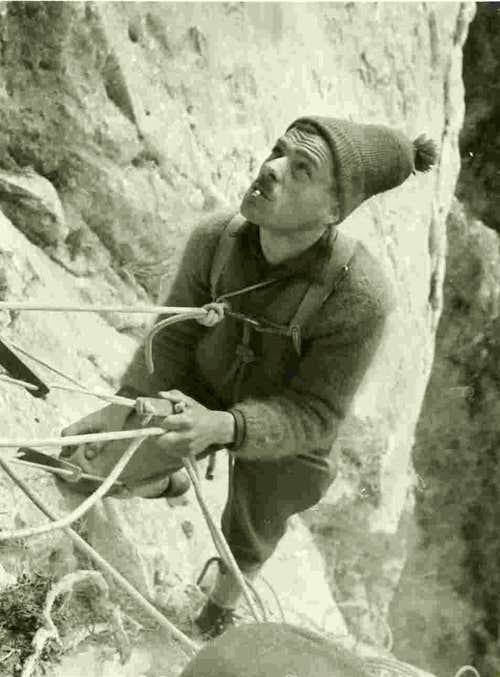