"The tall mothers stand there." 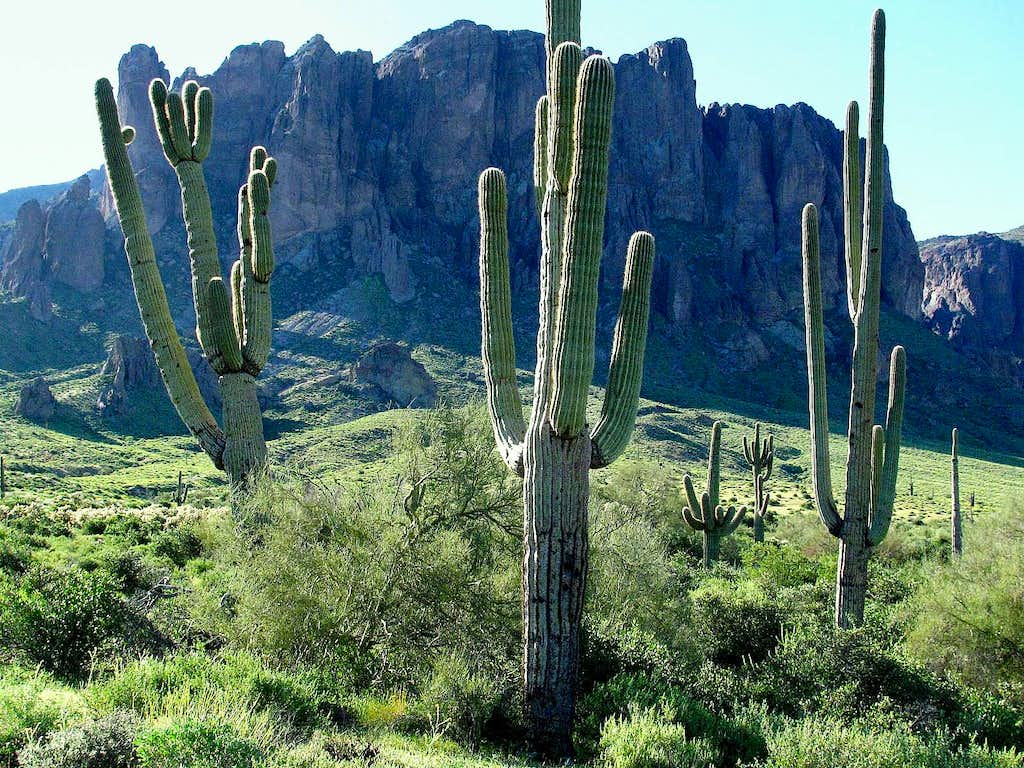 "The tall mothers stand there. The tall mother stand there. Whitely they flower, Black the blossoms dry; Red they ripen." - Tohono O'odham (Native American) saguaro-growing song. Saguaro cactus roots sprawl outward over a distance approximately equal to the plant's height.
The western facade of Superstition Mountain rises in the background, as seen from the Treasure Loop Trail.
Some geologists believe the mountain is the remains of a collapsed volcanic caldera. Originally, the mountain was some three to four thousand feet higher, but water erosion has reduced it to its present configuration and size. April 8, 2010
« PREV NEXT »