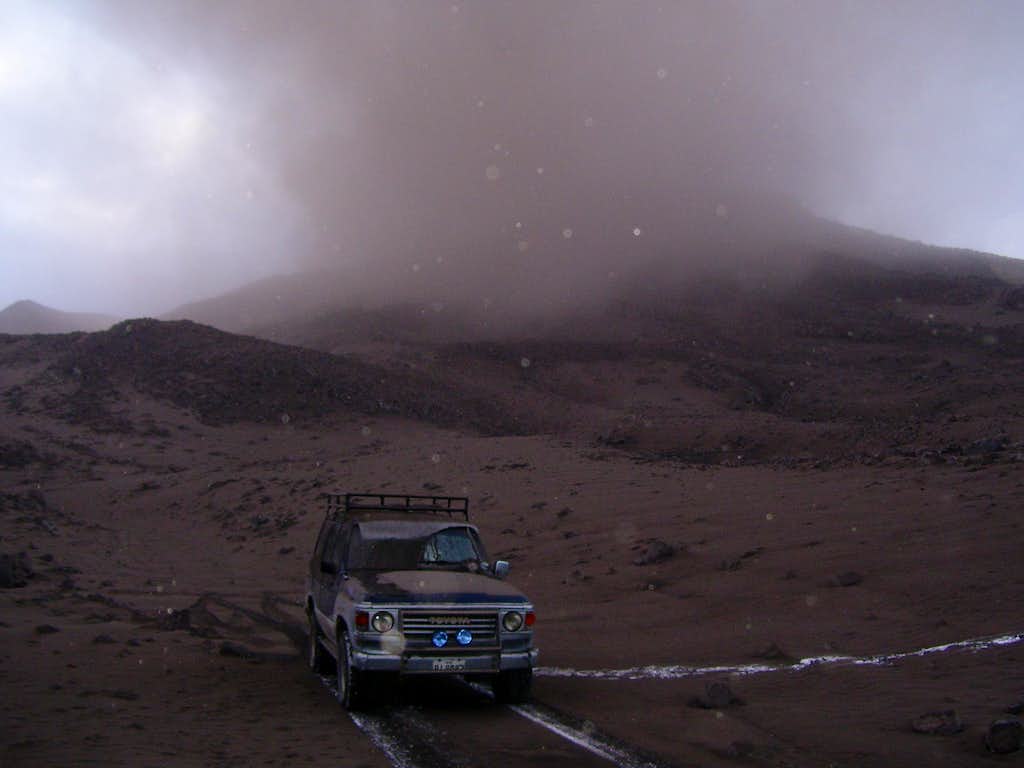 Our attempt on Ubinas ends with an eruption in the morning and a hurried exit and packing up. Notice the ash covered vehicle and the erupting volcano.
« PREV NEXT »

So where did you get this truck?

is it a rental? A bit harrowing story I should say...

Re: So where did you get this truck?

We went to the mountain with two Peuvian guides from Zarate. Since I was with my five year old son, we had to make sure there was at least one adult with us at all times, thus we went with Zarate adventures.

If I would have know the volcano would have erupted, we definately wouldn't have went up there either and would have attempted Pichu Pichu instead. Ubinas was chosen since it is an easier ascent.

Looks like a pic from that film, with Pierce Brosnan escaping in that truck!
cheers,
kamil