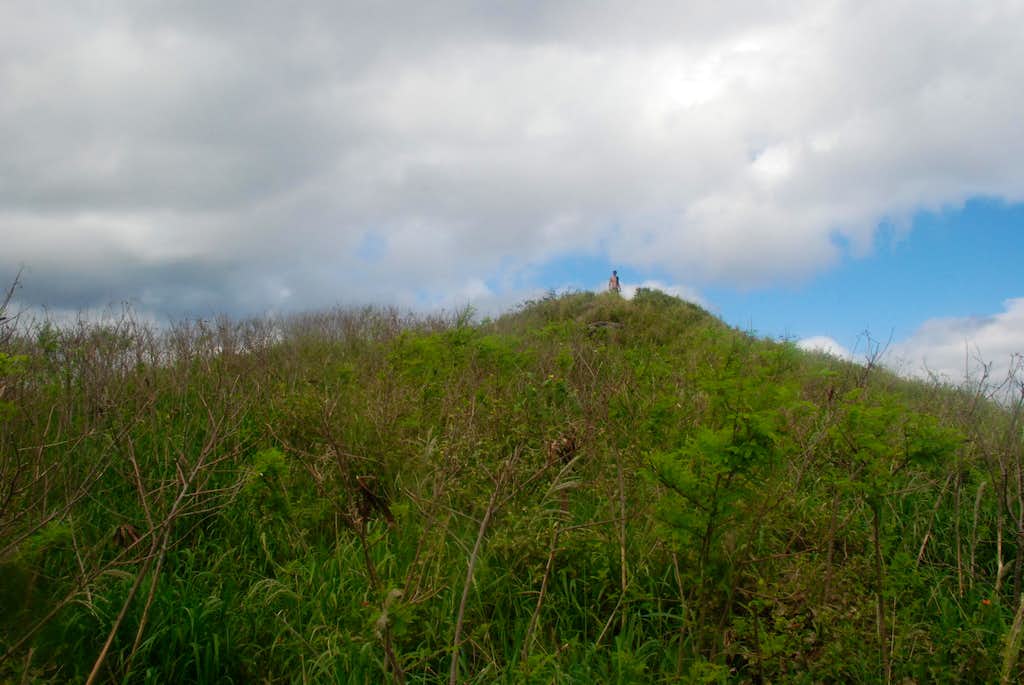 A fairly representative photo of the final slopes to the top once you get past the Class 3 stuff. If there were no trail it would be an obnoxious high-stepping, scratchy affair through waist to shoulder-high bushes and grasses (mostly the former). Fortunately there are path braids, mostly on the far right just above the east face, that make it easy to get to the top, where there is a concrete pedestal to possibly sit on and some minor rock outcrops. Even with a path the bushes are mildly scratchy and I didn't even notice I was bleeding in a few places on my arms and legs until I got to the top. So long pants are a really good idea. A couple days later I was at the beach and a lady asked me where I got all those scratches on my over-white legs and I had to explain how it happened. But, given her "enhancements," I doubt she would be the type to understand.
« PREV NEXT »