View into the Logan Pass Area from the Mount Cannon Summit 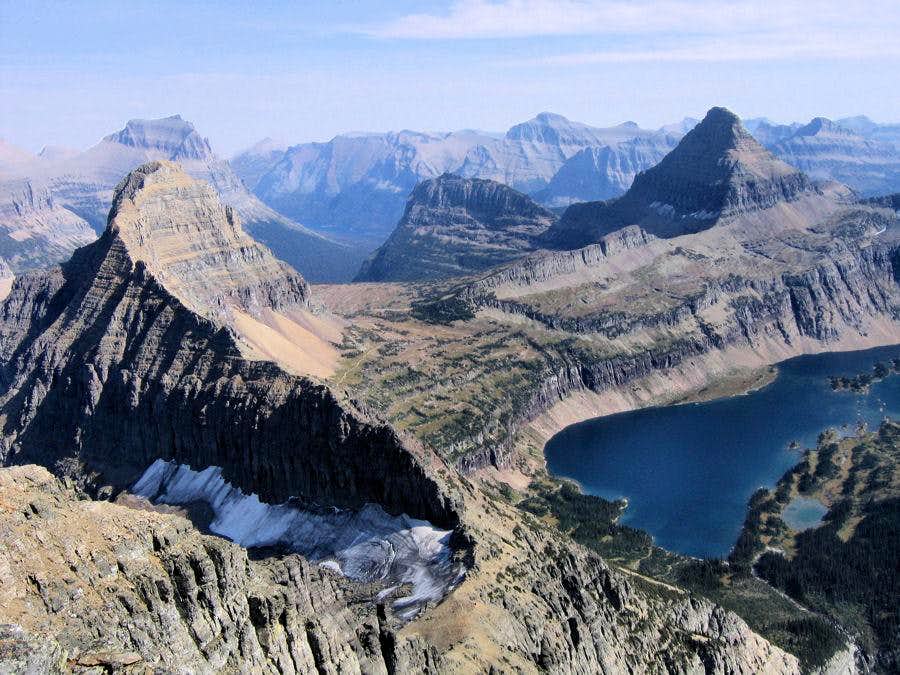 Clements Mountain is the serpentine-like ridge on the left; immediately behind Clements is Going-to-the-Sun Mountain. Diminutive-looking cone in the far distance, immediatly to the right of GTTS, and looking for all the world as though it's a perfectly formed volcano (it's not), is Divide Mountain; Reynolds Mountain anchors the picture to the right, with smallish-looking Heavy Runner Mountain occupying center honors between Clements and Reynolds. The big mountain on the horizon behind and between Heavy Runner and Reynolds is the difficult-to-climb (as in, it's a long day's work!) Little Chief Mountain. Immediately right of Clements, on the long ridge, and slightly left of center, is the Hidden Lake Overlook. Hidden Lake is lower right. Photo by Vernon, September 4, 2007.
« PREV NEXT »

Yup, this is the better point to photo from. Now it's got more foreground. Both Fab.
Ray