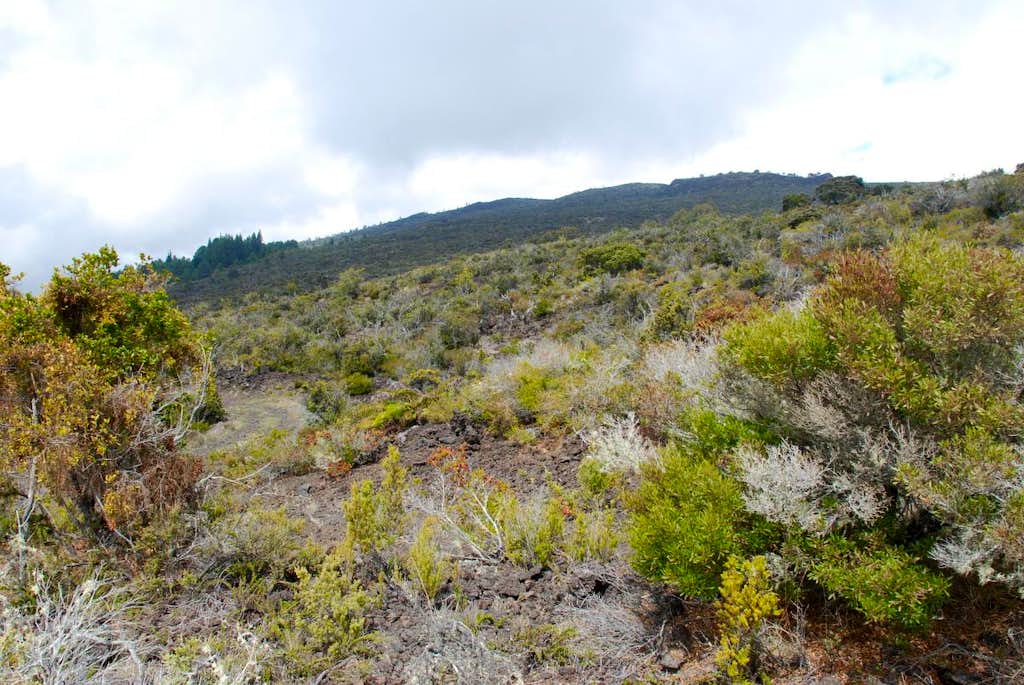 Typical scrub on the west slope of Hualalai. There are no streams on this side of the mountain. Heck, there are probably no streams ANYWHERE on the mountain. This is the dry side of the Big Island. Any rain that does fall quickly pecolates into the ubiquitous lava rock ground. This terrain is fairly open so you could cross-country it if you wanted to or had to (avoidance techniques). Fortunately, there are no real prickly bushes like there are in desert realms of the Mainland. But, as a trivial note, there are large prickly pear cacti on the island north of Hualalai in the ranchlands surrounding Waimea. March 3, 2007.
« PREV NEXT »