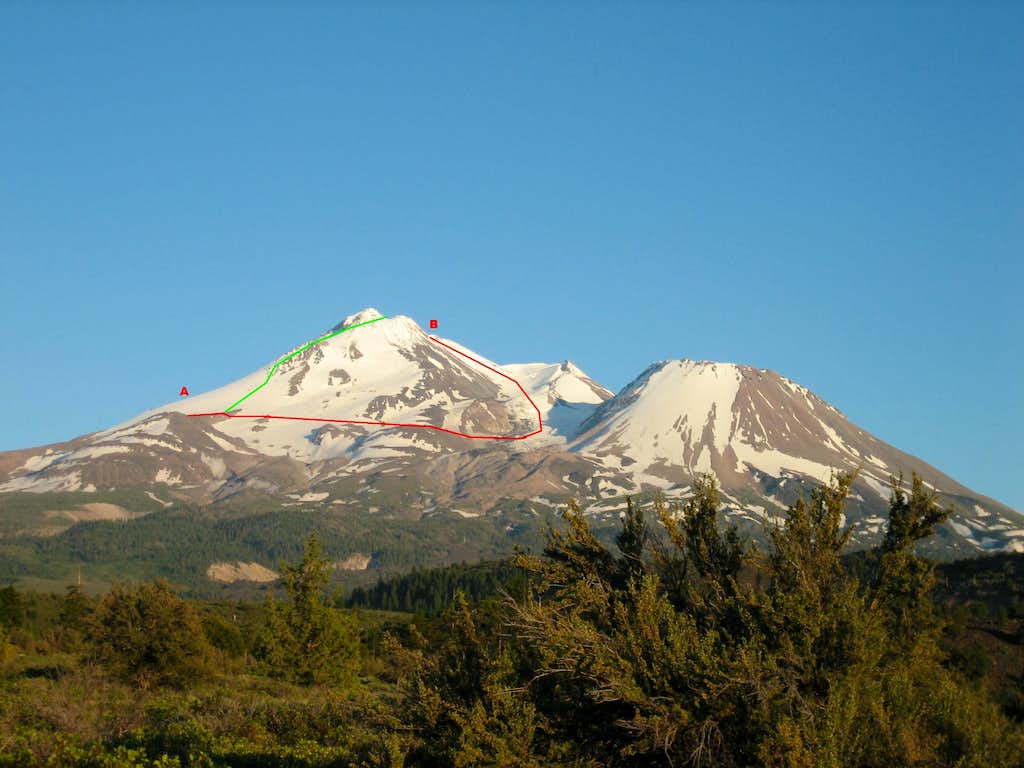 What was the descent like? looks steeper than the ascent route from this shot.

Re: A quick descent?

The descent was via Hotlum-Bolam Ridge. Mainly we just wanted to get down quickly, without having to rope up again, and HBR filled that bill, provided you stay on route. There is a bergschrund and some other small crevasses on the route (see the route page on SP) that you cannot see from above, so glissading is not recommended until you get past them.

re: steepness - you are probably right. The Whitney seemed to be pretty gentle, except for two sections: (a) around 11500-12000' where you have to cross what the rangers call the 'lower bergschrund' - this apparently may require ice climbing later in the year, but we found good snowbridges, and (b) from about 12500-13000' to the summit plateau.

One may skip the last steeper section (which veers left) and head straight up to the top of Casaval Ridge, but that puts you at the bottom of Misery Hill, where you have to slog up with the rest of the Avy Gulch herd. In addition, you have more exposure to the upper icefall, and any debris that may come down off it. That weekend was hot, and being anywhere near seracs when the sun was baking them was probably a bad idea.